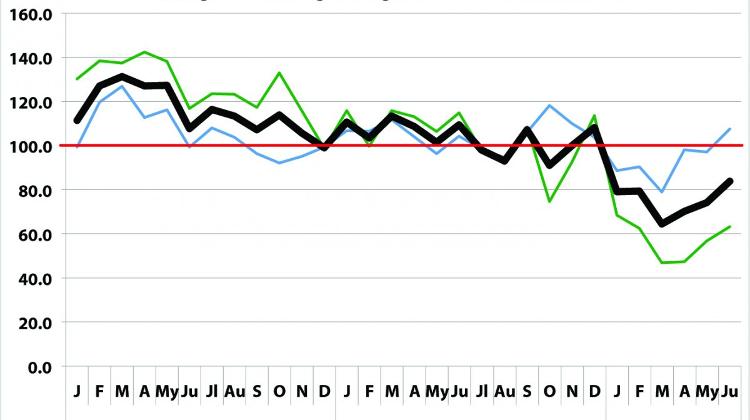 Today’s news that construction activity was down 25.3% in the first half of the year was expected, and a turnaround is likely, as building construction picks up the slack of civil engineering projects and more EU funding becomes available, Zsófia Antal, news editor of Hungarian professional portal magyarepitok.hu, told the Budapest Business Journal.

“According to our information, the decrease was only temporary,” said Antal, adding that KSH data hints that the construction of buildings is expected to be the main force in the industry, as EU and state-funded civil engineering work lags in the short term.

“The volume of new contracts was higher than in the corresponding period of the previous year, which signals a further growth in output,” according to Antal. “It is true that the building industry is very much influenced by the availability of European Union funds, but as new funds are expected to be opened soon, an increase is supposed to follow.”

Lászlo Balogh, an analyst for real estate broker ingatlan.com, told Hungarian news agency MTI that a pickup in home construction could improve output in the second half of the year, though he added that the sector would not start expanding until next year. K&H Bank chief analyst Dávid Németh agreed that the sector’s decline would continue to narrow in the second half, but output would not start growing until 2017, according to MTI.