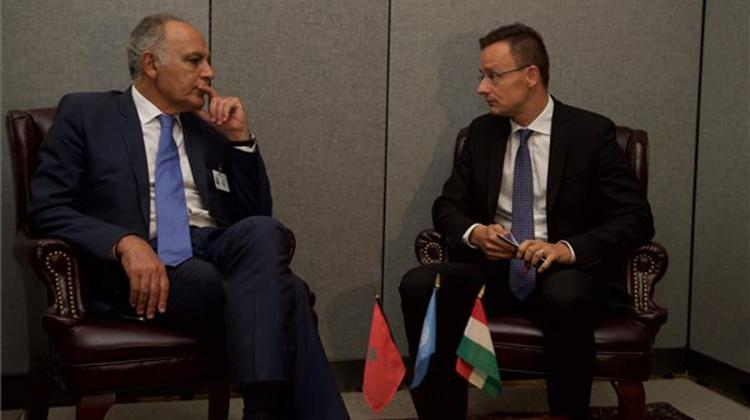 “There is a shared view that Africa is the future and it is in Hungary’s interest to utilise the advantages of Africa’s development,” he told MTI after meetings with Algerian Foreign Minister Ramtane Lamamra, Tunisian counterpart Khemaies Jhinaoui, Sudanese counterpart Ibrahim Ahmad ‘Abd al-Aziz Ghandour and Foreign Minister of Cape Verde Luis Filipe Tavares.

All his partners said that their countries would support Hungary’s candidacy in the UN Human Rights Council in October. “Since Hungary can best succeed if it operates within the framework of the European Union, we are encouraging the EU-Algeria Association Council and the development of strategic partnership between the EU and Tunisia, as well as putting together new EU development funds for Sudan,” Szijjártó said.

He said he had signed an agreement with Guatemalan counterpart Carlos Raul Morales Moscoso on consultations between their respective ministries and on Hungary offering scholarships to students from Guatemala.

Szijjártó assured Kosovo’s Foreign Minister Enver Hoxhaj of Hungary’s continued support for western Balkan integration and allowing Kosovo visafree status. Szijjártó said that during a meeting with Perfecto Yasay, the foreign minister of the Philippines, they confirmed an agreement on economic cooperation which will be signed next January.

The minister told the Norwegian politician that nobody can take away the democratic right of Hungarians to decide about the most important issues of their country’s future.

At the meeting with Hochstein, Szijjártó asked the US to help establish energy security in central Europe, especially by encouraging investment projects, such as the Hungarian- Croatian and Hungarian-Romanian interconnectors.