The Future Is In Our Hands 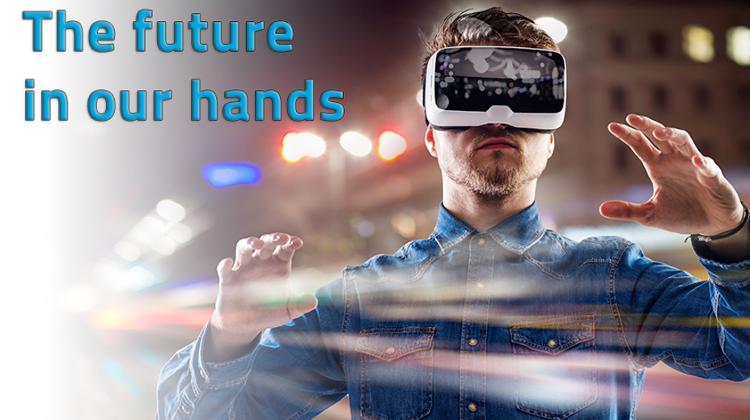 By Notebookspecialista: Early September saw one of the most prominent electronics fairs, IFA 2016, with a wide array of mind-blowing gadgets from leading manufacturers. Here's our pick of the trailblazers.

Christmas came early for those infatuated with laptops, tablets, smartphones, wearables, TVs, and other smart household appliances: producers unveiled dozens of cutting edge devices at this early September event in Berlin. Almost all major brands made an appearance and, even though some newcomers had received extensive word of mouth, there were some jaw-dropping revelations. We've selected some of those – not necessarily in the order of importance.

Gamer notebooks already tend to cause a rift among consumers, with some ready to pay an arm and a leg for these machines, while others consider them a major extravagance. Acer engineers have now assembled a device which, based purely on the technical details, we may call a masterpiece – but in reality, only a handful of customers around the world are likely to splash out for this beast.

Acer Predator 21 X is the first notebook with a curved screen, fitted with a 2560x1680 resolution IPS panel. Under the hood, we have the world's most powerful graphics card, GTX 1080 – not one but two of them – accompanied by 64GB RAM. To leave nothing for the imagination, the machine comes with a mechanical keyboard, a dual-function – numpad/touchpad – flip panel, and a 4.2 sound system. The price tag of the 8 kg beast has not been revealed yet – but we may not even want to know.

Lenovo is not a newcomer in the market of 2-in-1 devices, but this time, they have come up with something truly dumbfounding. Available in both Windows 10 and Android edition, the Yoga Book is a transformer tablet with an extremely elegant, slim casing. Fortunately, lack of space did not stop Lenovo engineers from slipping a power source with a 15-hour battery life and Dolby Atmos speakers in the device.

The real strength of the Yoga Book is the keyboard, designed as a flat surface without any physical keys, featuring the touch-sensitive Halo Keyboard, which sends haptic feedback – slight vibrations – when the users strike the keys. A special pen can be used to draw on the touch surface, which doubles as a notepad or a digitizing board. You may even use a ballpoint pen to scribble, but make sure to cover the surface with a piece of paper unless you want to ruin a 500 EUR tablet.

For a moment, Apple fans strolling around and stopping at the ASUS booth may have mistaken this device for the latest MacBook. No surprise there: ZenBook 3 is a declared competitor to Apple machines. With its flimsy 910 g weight, the device is lighter and slimmer than the latest MacBook, yet crammed with extras like the break-resistant Gorilla Glass 4 cover or the keyboard backlight, which is far less flat than in Apple's notebook.

Beneath the sleek looks, ZenBook 3 also packs premium hardware: a Core i7 processor, 16GB 2133 MHz LPDDR3 RAM and a 1TB PCIe SSD, so the moment you open the aluminum casing, the lightning-quick ultrabook is ready to go. Unfortunately, slim design means a lack of ports, but – unlike the iPhone 7 – the device still comes with a 3.5mm jack.

No Logitech mouse has ever been boring – this manufacturer has always been one for innovative solutions. They stayed true to that in Berlin with their three new rodents unveiled: the Silent Plus family includes the ambidextrous M220 and the right-handed M330, which feature almost completely soundless clicks.

The producer claims a 90% noise reduction, which may be the perfect solution for university students who would like to click around in the library or during lectures without drawing annoyed looks from their peers. And while the 1000 dpi sensor may not satisfy hardcore gamers, it is perfectly suitable for everyday use.