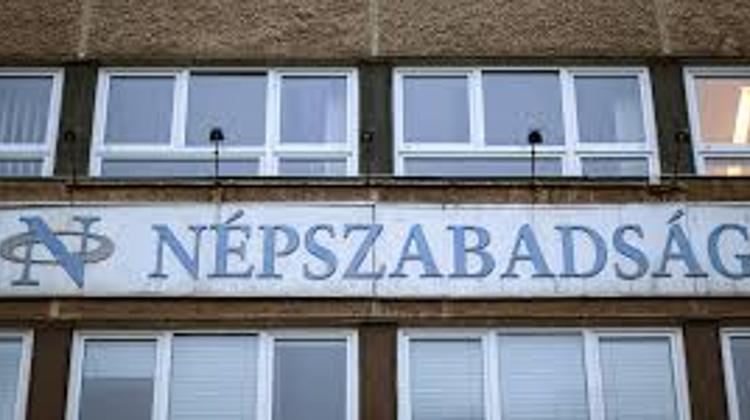 The decision to suspend publication of Hungarian daily Népszabadság was taken solely for business reasons, the head of Vienna Capital Partners, which owns the broadsheet’s publisher, said in an interview published in Austrian weekly Profil. “Népszabadság has only made losses for more than ten years.

Circulation numbers have dropped drastically because interest in the product gradually declined,” Heinrich Pecina told Profil. “Népszabadság accounts for about 10% of the revenue of [its publisher] Mediaworks, but the costs cut overall profit buy about 40%,” he added.

Pecina said Hungarian managers at Mediaworks had handled the situation badly and underestimated the reaction. He dismissed speculation of a political motive for lagging advertising. “The situation with the ads was difficult but by no means so extreme,” he said. Profil said Pecina had been ready to “gift” the paper to its then co-owner, the Socialist Party, in 2015 but they had rejected his offer.

“That the Socialist Party themselves didn’t have the courage to accept this suddenly-soimportant newspaper as a present says it all ... Nobody wants this newspaper,” he added. Pecina told Profil that a number of potential buyers both close to the opposition and to the government had made offers for Mediaworks and that he was considering pulling out of the company.

The paper’s editor-in-chief said in a statement that before signs of the paper’s closure became apparent, the publisher had neither attempted to create the conditions for improving its financial operations nor to work out a plan for its revamp.

András Murányi said that Népszabadság had been Hungary’s largest circulation daily and the country’s newspaper of record. He added that in the past few years the paper had suffered the smallest printrun decline.

On the subject of the paper’s financial losses, he said that its previous owner, Ringier, had used Népszabadság’s reserves of 2.4 billion forints (EUR 7.8m) to spend on its print and distribution acquisitions up to 2004.

He added that advertising revenues were a large factor in rackedup losses “barely of around one million euros”.

The owner and management could have come to a responsible decision had they communicated with the paper’s leadership concerning how future operations should be conceived and how much time would be needed to work out a new operating plan.

This did not happen, Murányi said. In talks on the paper’s finances, the editorship offered to give up a large portion of its October allowances to ensure a continued presence on the market while opening the opportunity to work out the basis of a new form of operations.

There was no response to this offer, he added.