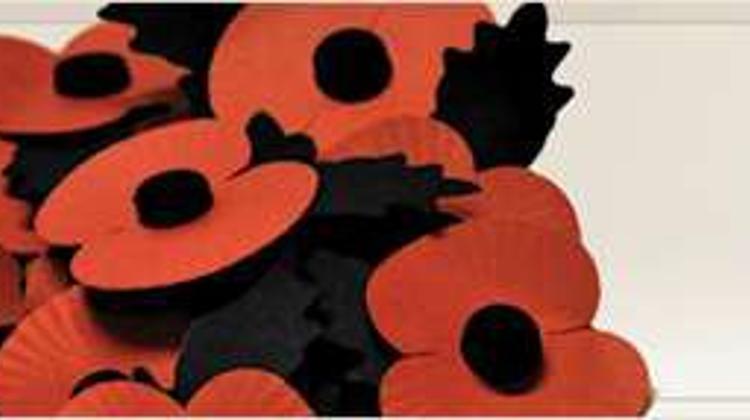 In 2016 the Annual Service of Remembrance will be held on Sunday 13 November. The traditional service and wreath-laying ceremony will take place at the Commonwealth War Cemetery of Solymár at 10:55. Everybody is welcome to attend the ecumenical service.

Those who do are kindly requested to arrive at the cemetery no later than 10:45.

The Commonwealth War Cemetery is situated 16 kilometres north-west of Budapest on the road to Dorog and Esztergom. Take Route 10 from the city centre and keep going until you reach Auchan Hypermarket.

At the roundabout take the first exit for Dorog and continue for about 500 meters. An alternative approach is to leave Budapest via Hűvösvölgyi út and Hidegkúti út and then follow the signs for Route 10 through Solymár village.

From mid October poppies will be available at the British Embassy, the British Council, the Britannica and British International Schools of Budapest and the St Margaret Anglican Church and St. Columba's Church of Scotland.

They will also be available at the Commonwealth War Cemetery at Solymár before the ceremony.

All donations go to the Royal British Legion to help ex-servicemen.