Hungarian Government: Residency Bonds Could Be Scrapped Before Year’s End 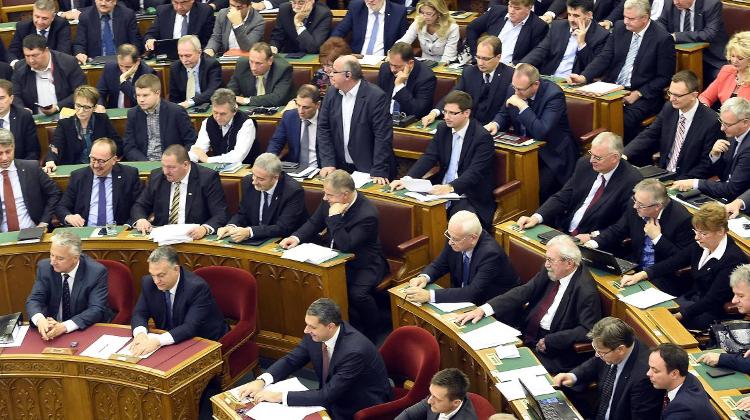 The government could scrap the residency bond scheme before the year is out, government office chief János Lázár said in response to a question at his weekly press briefing on Thursday.

Asked whether the government would resubmit the constitutional amendment bill stating that foreign nationals cannot be resettled in Hungary to parliament once the residency bonds are scrapped, Lázár replied: “This isn’t kindergarten”.

Lázár added that Brussels was likely to come to a decision on the redistribution of migrants across the European Union sometime in December, but this “doesn’t seem like it will go our way”.

Commenting on radical nationalist Jobbik’s precondition that it would only support the amendment bill if the government scraps the residency bond scheme, Lázár repeated the government’s position that the two matters should not be lumped together.

He added that the government was exercising strict oversight of the residency permits handed out in return for the purchase of residency bonds.

Answering a question about the case of Ghaith Pharaon, a Saudi businessman wanted by the FBI for supporting terrorism and assisting illegal immigration, Lázár said he had been present at Monday’s meeting of parliament’s national security committee, where he was briefed on the case by intelligence and counter-terrorism officials.

It was revealed at the meeting that Pharaon had applied for a Hungarian Schengen visa on two occasions in October of 2014, Lázár said.

However the birthdate the applicant had provided on the visa application documents was different from the birthdate in the US fugitive file on Pharaon.

He said Hungary had asked US authorities to add the birthdate on the visa applications to the file they had on Pharaon, but they had yet to do so.

Lázár said it was clarified at the national security meeting that Pharaon had entered Hungary legally and that Hungarian authorities — the immigration office and the counter terrorism centre — had handled Pharaon’s entry lawfully.

This does not rule out the possibility that the Ghaith Pharaon who entered Hungary is not the one wanted by the US but it does not confirm it, either, Lázár said. He said it was possible that like Schengen member states, US authorities had also seen Pharaon’s visa application.

He noted that Germany had told Hungary that giving Pharaon a Schengen visa did not pose a risk to its national interests.