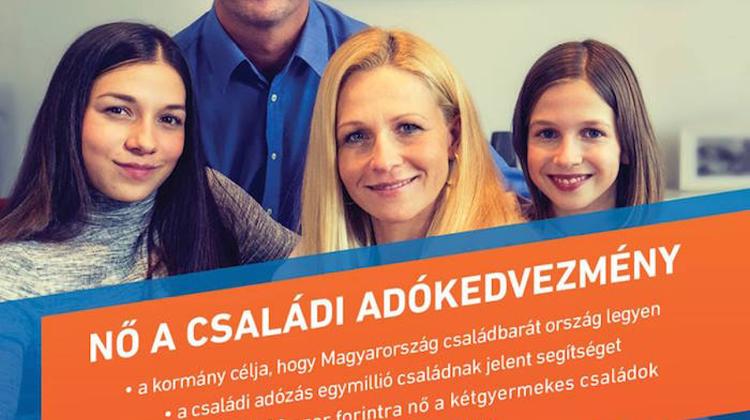 Having spent some HUF 17 billion (USD 60 million) in 2016 informing the Hungarian public about the existential threat to the country posed by the temporary settlement of 1,700 asylum seekers, the government of Viktor Orbán seems set to spend lavishly on a new “public information” campaign ahead of the 2018 election.

On Thursday, the government announced on its kormany.hu website that it was rolling out a new information campaign “in the interest of informing as many as possible about decisions affecting a broad circle of residents.”

And what will the messages be about?
• The family tax discount is increasing
• The wages of doctors, nurses and teachers are increasing
• The economy is growing
• 318,000 children receive free school lunches
• The minimum wage of skilled workers is to increase 25 percent
• Families with children wishing to purchase a home can receive a HUF 10 million grant from the government
• The value added tax on internet is decreasing
• Hundreds of thousands of new workplaces have been created (primarily largely pointless public employment schemes-ed.)

As in the case of last year’s “National Consultation on Migration and Terrorism” and this year’s “National referendum” campaign, the “Hungary is strengthening” campaign has been entrusted to companies owned by propaganda minister Antal Rogán’s neighbor, Csaba Csetényi, the owner of both companies forming the United Advertising Consortium tasked with placing ads in countrywide and local newspapers, radio stations, televisions, internet and public areas in the year leading up to the April 2018 general election.

Previous campaigns would indicate that Csetényi’s consortium was awarded a no-bid, multi-billion forint contract, only this time it appears the Orbán government no longer feels compelled to offer any explanation as to why it failed to solicit competing bids from Hungary’s many other advertising brokerage firms.

Although the amount the government intends to spend on the 2018 campaign has yet to be announced, there can be little doubt that it will run to many tens of billions of forints. After all, Csetényi’s companies charge a standard 15 percent commission.