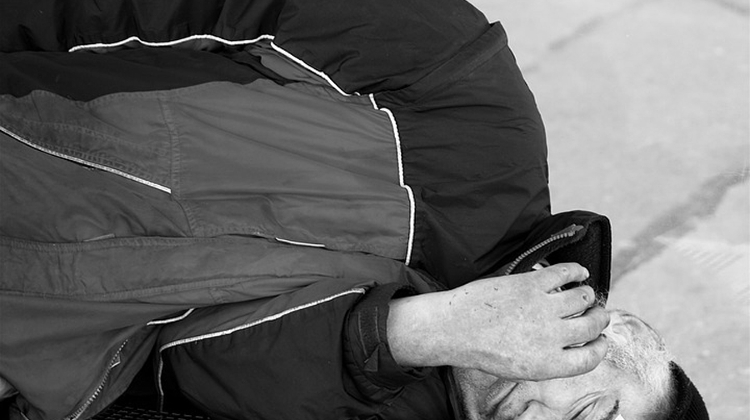 There are as many as 15,000 homeless people in Hungary. Of these, some 4,000 are sleeping rough, according to a survey conducted by Hungarian NGO Menhely Alapitvány (Shelter Foundation), index.hu reports. Roughly one-third of them are in Budapest.

Menhely chairman Péter Győri says shelters are operating at 85-100 percent capacity nationally, with 10-11 thousand people seeking accommodation in shelters each night. Several hundred beds are available in Budapest, which has a homeless population of around 6,500. Győri says more temporary accommodations should be built in the countryside as well as the capital.

Most of Budapest’s homeless population find places in shelters during the winter months, says Győri, adding that many of those sleeping rough are typically incapable of making decisions or caring for themselves, and are in need of medical care.  He says several hundred such people are currently sleeping in the streets of Budapest.

Győri noted that the majority of hypothermia deaths occur indoors, which is primarily a problem faced by ill, elderly people in small rural towns. Two-thirds of homeless people living in public areas are not in Budapest but in rural cities, where most outdoor hypothermia deaths occur. He stressed that in winter months there is “a need for careful attention from residents” who can help those in need by telephoning homeless aid dispatch centers.

Hungary’s approach to homelessness made news worldwide when the Budapest city council passed an ordinance in November 2013 essentially outlawing homelessness in much of the city. Debrecen, Hungary’s second-largest city, passed a similar ordinance later that month, and the southern town of Pécs adopted a similar ordinance after mayor Zsolt Pava spent millions of forints of taxpayer money on a flyer campaign demonizing the homeless. The ordinances vaguely outlawed anything resembling a “homeless lifestyle,” and criminalized loitering, sleeping rough in public areas and rummaging through garbage cans.