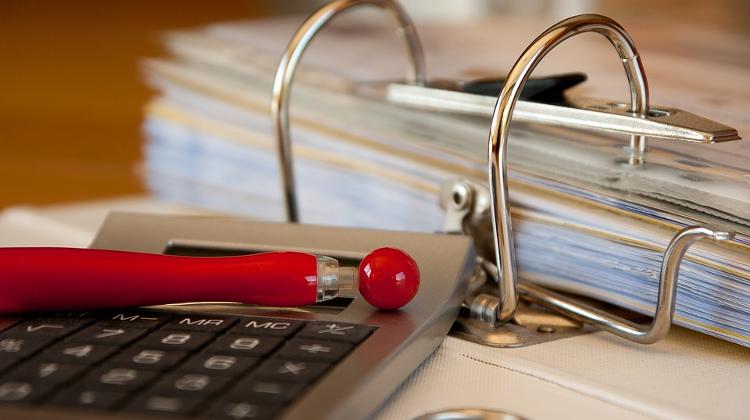 Personal income tax: <br>Changes in cafeteria style benefit plans: Owing to a reduction in tax rates and a rearrangement of items included in benefit plans, there will be a significant change in “fringe benefits”.

Calculation of the tax base of fringe benefits, which were subject to preferential tax rates, and “other benefits”, which were subject to slightly higher tax rates, was based on the so-called “super gross-up” (szuperbruttó) regime, i.e. the personal income tax (SZJA) and the healthcare contribution (EHO) were further grossed up using a multiplier of 1.19 percent in 2016.

As of 2017, this multiplier is only 1.18 percent, and in addition, in the case of other benefits, the healthcare contribution tax rate has also been reduced (to 22%), thus the effective tax burden of such items will be 43.66 percent instead of the previous 49.98 percent.

The effective tax burden of fringe benefits is reduced to 34.22 percent from 34.51 percent; however, the number of benefits that can be provided as fringe benefits by law has decreased significantly. From 2017, only Széchenyi Recreation Cards (“SZÉP cards”) and the so-called cash benefit (pénzjuttatás) will be subject to preferential taxation; the latter can be provided to employees up to an annual amount of HUF 100,000.

The annual threshold for SZÉP cards remains unchanged; however, care must be taken that the total amount of cash benefits and benefits provided through SZÉP card may not exceed HUF 450,000 on a yearly basis.

Other benefits that have been customary up to now, such as Erzsébet vouchers, health or pension fund contributions, assistance with the purchase of local public transport passes or back-to-school assistance, will be taxed at the effective rate of 43.66 percent.

Inclusion in the benefit plans of tax-exempt benefit items, such as assistance with participation in sports and cultural events, or assistance with early childhood care (bölcsőde), which from 2017 is supplemented by nursery school care (óvoda) assistance as well. Mobility allowance (apt. rental support) continues to be available.

However, a further condition for the granting of this benefit is that proof (invoices or other accounting documents) must be furnished that the benefit has been actually spent on rent.

Other changes in the personal income tax:

The provision stating that the tax-exemption of sporting events only applies to events held by sports organisations or associations, and therefore sports events organised by the employer, including food or beverages distributed there, cannot be considered as tax-exempt benefits, came into force as early as in August 2016.

As of 2017, the first marriage tax allowance may be used in the first 24 months from the date of the marriage, regardless of whether the individuals become eligible for a family allowance later.

From now on, the Corporate Income Tax Act also includes a reference to the “principle of proper exercise of rights” (rendeltetésszerű joggyakorlás elve), which has been long included in the Act on the Rules of Taxation, and which states that no such amounts may be recognised as an expense the incurrence of which was aimed to achieve a tax advantage or tax evasion.

The amount paid to employees as “rental fee support aimed to promote mobility”, as described in the section on changes in the personal income tax, may be deducted from the profit before taxes.

From now on, in their tax return, companies are required to provide information in cases where they want to reduce their tax base by the value of irrecoverable receivables from related parties.

The VAT rate chargeable on internet services has been reduced to 18 percent. In the case of transactions with continued fulfilment, this new tax rate shall apply to such settlement/payment periods starting after 31 December 2016 for which the payment due date and the issue date of the invoice or receipt fall on a date after 31 December 2016.

In other cases, the new rate shall be first applied where the date prescribed for assessing the tax liability falls on 1 January 2017 or a subsequent date.

The VAT chargeable on the sales of fresh milk, i.e. not Extended Shelf Life (ESL) or Ultra-high Temperature (UHT) pasteurised milk, has been reduced to 5 percent from 18 percent.

From now on, it is obligatory to indicate the customer’s tax number on invoices in cases where the amount of the transaction concerned reaches or exceeds 100 thousand forints.

The threshold for VAT exemption has been raised from HUF 6 million to HUF 8 million. The condition for application of this exemption is that domestic sales in 2016 actually did not exceed and in 2017 are not expected to exceed HUF 8 million. If a taxpayer previously had been subject to tax exemption and then lost this exemption for two years, in 2017, it can apply for it again, provided that it did not reach the revenue threshold of 8 million either in 2015 or in 2016, and it is not likely to reach it in 2017.

The deadline for compliance with the requirement for taxpayers to have a direct data connection with the Hungarian Tax Authority was postponed to 1 July 2017. Based on the previous plans, for transactions involving an output tax of at least HUF 100,000 and included in invoices generated electronically, invoice data must be reported to the Tax Authority in real time.

The deadline for the VAT reimbursements has been mandatorily and automatically reduced to 45 days from 75 days for reliable taxpayers. (In 2016, this was only possible if the taxpayer issued a declaration stating that the invoice has been financially settled.)

As regards obligations related to the 2016 personal income tax, the Tax Authority will prepare the tax returns of individuals who have not requested their employer to do so, or whose employer refused to prepare it, even without a relevant declaration of the individuals concerned.

The drafts will be made available to the individuals concerned by the Tax Authority as of 15 March. For those who do not amend or supplement this draft by 20 May nor fulfil their obligation to file a tax return by other means, this draft will be considered as their tax return for the given fiscal year.

Taxpayers using registered office services will be required to provide data about the service provider to the Tax Authority.
Other taxes

The revenue threshold for taxpayers subject to the Flat-Rate Small Business Tax (kisadózó vállalkozások tételes adója, known as “KATA”) regime has been raised from HUF 6 million to HUF 12 million; the flat-rate tax liability continues to be applicable up to this threshold. Above an annual revenue of HUF 12 million, a 40-percent tax shall be payable.

For vehicles given in long-term lease, from now on, the owner will be required to pay the company car tax instead of the lessee.

Those taxpayers may opt for the Small Enterprise Tax (kisvállalati adó, known as “KIVA”) regime whose average headcount in the fiscal year preceding the current fiscal year is not expected to exceed 50 people. Up to now, the limit has been 25 people.

The headcount above which a taxpayer loses its eligibility for this taxation regime has been raised to 100 people from 50 people; the revenue limit continues to be HUF 500 million. Changes have been made in the calculation of the tax base. Loss carry-forward has been simplified and its time limit has been eliminated. The tax rate and advance tax rate were reduced to 14 percent from 16 percent.

Rehabilitation contribution is a tax for those taxpayers where the headcount is at least 25. There is an expected 5 percent rate for handicapped staff, for the same headcount rehabilitation contribution must be paid – or handicapped staff must be employed. This annual tax has increased in 2017 from annual 964.500 Ft to the minimum wage multiplied by 9 (1.147.500 Ft).