Opinion: One Of Donald Trump’s First Victims May Be The Hungarian NGOs 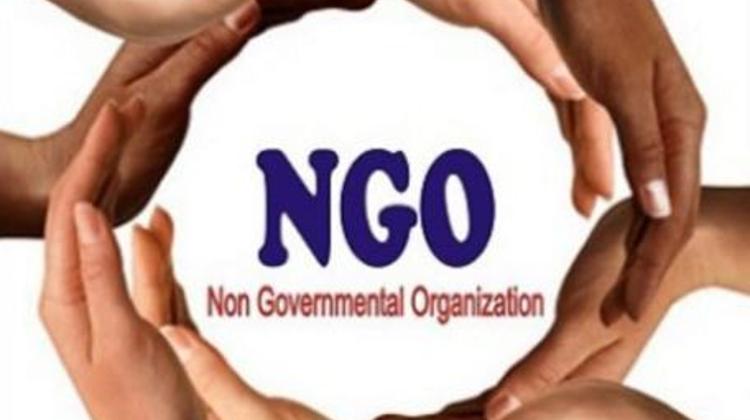 An article appeared today in The Guardian predicting a new crackdown on Hungarian NGOs. The timing is no coincidence. Viktor Orbán’s illiberal government has been emboldened by the election of Donald Trump, who will not raise his voice in defense of critics of the Hungarian government in the name of democracy.

A few hours after the publication of the article, Szilárd Németh, one of the deputy chairmen of Fidesz, announced the government’s intention to get rid of “the pseudo-civilians” of the Soros Empire. In Németh’s vocabulary, “pseudo-civilians” are foreign political agents who represent the “global plutocracy and the world of political correctness above the heads of the national governments.

The announcement of the government’s intentions regarding foreign-subsidized NGOs was not unexpected. Just before the holidays Orbán gave an interview to 888.hu in which he was quite explicit about his feelings toward the NGOs critical of his government. According to him, they are being used by antagonistic powers and their agents, like George Soros, to advance their own interests in foreign countries. Therefore, these organizations must be banished.

Not only Hungary will move against them, but “all countries” in Europe. The year 2017 will be about Soros in this sense.

“One can feel it coming when each country will trace the source of these monies; they will find out what kinds of connections exist between them and the intelligence communities; and which NGO represents what interests…. [2017] will be about the extrusion of the forces symbolized by Soros.” One cannot be more explicit. The only question was just when in 2017 the onslaught would begin.

It is unlikely that Donald Trump will be upset if Viktor Orbán follows in Vladimir Putin’s footsteps. In 2012 Putin introduced a law requiring non-profit organizations that receive foreign donations and engage in “political activity” to register and declare themselves to be “foreign agents.”

George Soros recently wrote an opinion piece in project-syndicate.org in which he didn’t hide his feelings about the president-elect, whom he called “a would-be dictator.” He described Trump’s cabinet as being full of “incompetent extremists and retired generals.” He predicted that “Trump will have greater affinity with dictators,” which will allow “some of them to reach an accommodation with the US, and others to carry on without interference.”

Soros’s attack on Trump naturally elicited counterattacks on the financier by the pro-Trump media. Articles appeared with headlines like “Soros and Other Far Leftists Instigate Revolution against Trump,” “Billionaire Globalist Soros Exposed as Hidden Hand against Trump,” “Busted! Soros-Backed Pro Clinton Group Caught Funding Violent Protests,” and many more. Orbán can rest assured that no one will be terribly upset in Trump’s White House or State Department about the harassment of Hungarian NGOs. Under these circumstances Orbán can feel pretty safe.

By the time Orbán gave his interview to 888.hu, initial plans for the elimination of NGOs were already in place. On December 14, Zsolt Semjén, who serves as Orbán’s deputy, sent a modification proposal to a 2012 law on non-governmental organizations to the president of the parliament, which apparently will discuss and most likely enact it into law before April. One of the important changes is that “officeholders of non-governmental organizations” will have to submit financial statements just like members of parliament.

What’s wrong with such a requirement? In the first place, salaries of officials of nongovernment organizations have nothing to do with the public purse. Second, knowing the Hungarian government’s practices, it’s likely that the Hungarian Internal Revenue Service would immediately begin to discredit those people who are seen as standing in the way of the government.

In addition to this change, there is a vaguely worded reference to “the legal environment of the civic association” that will be rewritten. For the time being, officials of NGOs have no idea what this means, but “in light of the Orbán interview” it is worrisome that the proposal includes references to “the adoption of solutions that have worked” in other countries. The fear is that the Orbán government has Putin’s solution in mind.

NGO officials believe that the elimination of organizations will take place in stages. First, the usual character assassination will take place after the submission of financial statements. Second, the NGOs will have far more administrative obligations, which will take time and money away from their useful activities. As a third step, the government might accuse them of espionage and treat them as sources of danger to national security.

They could be accused of treasonous activities against the legitimate government of their own country as agents of foreign powers.

According to rumors, behind the scenes the Hungarian government has been trying to convince George Soros “to limit his presence to the financing of the Central European University” and to stop giving any more grants to the 60 or so organizations that are the beneficiaries of his generosity.

For the time being, it looks as if neither the Open Society Institute (OSI) nor the NGOs are intimidated. They insist that they will continue as before. In the first place, some of these organizations, like Transparency International (TI), receive only a small fraction of their funding from the Soros Foundation. In fact, one of TI’s largest contributors is the European Union.

The Hungarian Helsinki Commission gets about a third of its budget from OSI. In addition, it receives financial help from the European Commission and the United Nations High Commission. Its position, I believe, is less secure than that of TI. After all, it deals with human rights, something that leaves Viktor Orbán and his friends cold. The Hungarian Civil Liberties Union (TASZ) is unfortunately heavily dependent on the Open Society Foundation.

Szilárd Németh’s announcement of the government’s intentions to eventually eliminate NGOs prompted the usual protestations from the left. MSZP couldn’t come up with anything more original than the demand that “Szilárd Németh must leave public life.” Sure thing. He will rush to oblige. DK reminded Viktor Orbán that, no matter how strong a feeling of affinity he has for Vladimir Putin, “this place, in the Carpathian Basin, is not called Russia.”

In the past, we kept trying to convince ourselves that surely this or that move of the government would not be tolerated by the European Union, the Council of Europe, or the Venice Commission.

Be it the new constitution, the media law, or the building of a nuclear power plant on Russian money by a Russian company that received the job without competitive bidding. And what happened? Almost nothing. A few sentences were changed in the constitution. So, let’s not try to shift the burden to the EU. There is only one way to put an end to this nightmare: to get rid of Orbán and his minions in 2018.