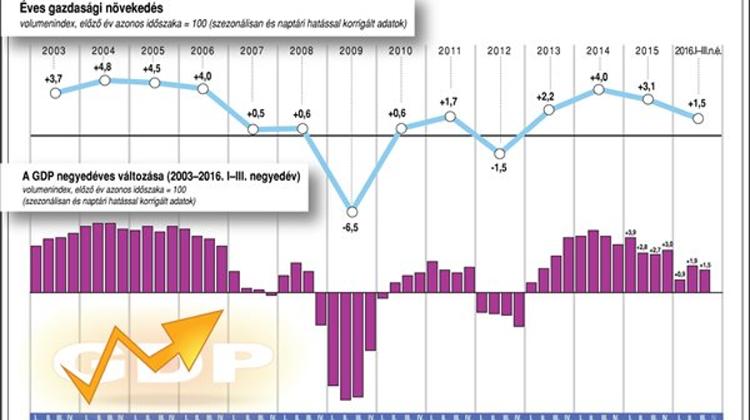 Hungarian economic output is expected to grow by 2.6 percent this year, the World Bank Group has said, upping its forecast of 2.4 percent made in June 2016.

In its Global Economic Prospects report, the World Bank said a recovery in public investments, including the infrastructure projects financed by EU funds, would aid growth, which could accelerate to 2.8 percent in 2018 before easing to 2.7 percent the following year.

The 2018 projection was revised up by 0.5 percentage points. In 2016, Hungary’s output is likely to have grown by 2.1 percent, the bank said. This is half a percentage point slower than earlier forecast.