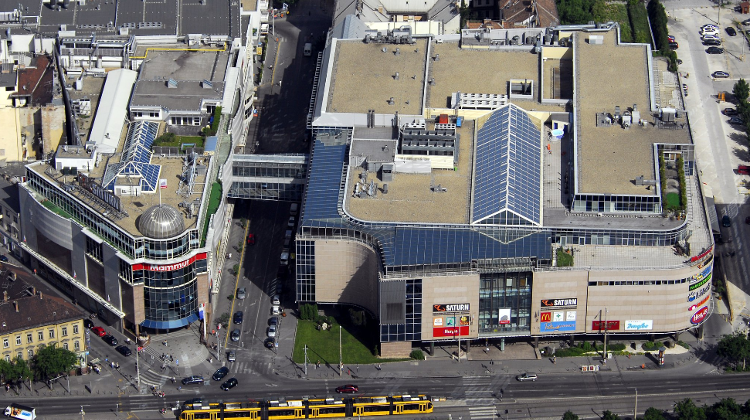 Last year both office and retail properties were sought after, and CBRE is expecting similar or even higher turnover in 2017.

Growth in the office market was 129%, which CBRE attributed to demand for increasingly attractive second and third-class properties appearing on the market in addition to modern office buildings.

Investment turnover of retail properties increased by an even more significant 203%, due in part to the change of ownership at the major Mammut shopping center, CBRE added.

The 44% growth in the industrial property market fell short of the other two sub-markets because of limited supply, as currently there are only a few industrial and logistics properties for sale in Hungary, according to CBRE.

The development of the Hungarian real estate market shows also in the decrease in the average transaction size, which is now lower than it was before the crisis, CBRE noted. The liquidity of the lower segment has significantly improved, which means that not only large properties are in demand, but local investment funds and individual investors are also showing a strong interest in properties valued at EUR 50-60 million.

Demand is lower for EUR 60-100 mln properties; however, there is considerable demand for properties over EUR 100 mln, especially from large international institutional investors. However, supply is limited, as essentially there are only shopping centers in this bracket, according to CBRE.

"We are expecting strong turnover on the Hungarian commercial property market for 2017 as well," said Lóránt Kibédi-Varga, Managing Director of CBRE Hungary.

"This extraordinary growth has also positively affected advisors; the market has grown by an annual 20% in the last three years. CBRE has managed to grow in this period at a rate of 40% per year, which was only possible through the trust and confidence of our customers and our strategic cooperation with them," he added.

Tim O’Sullivan, Head of Capital Markets at CBRE, noted that besides the usual West European investors and Hungarian and American institutional funds, new players have also appeared in the market, such as Greek investors and investment companies from the United Arab Emirates.

He added that German closed-end funds have also returned to Hungary, likewise playing a role in the turnover growth in 2016.

"German funds bought benchmark office buildings Park Atrium and Eiffel Palace in Budapest. In addition to the latter, the acquisition of Váci Corner was the third significant transaction on the Budapest office market last year," recalled O’Sullivan. "We can truly state that Hungary is back on the investment map."

O’Sullivan added that his team had a successful 2016, with involvement in some landmark deals, and the pipeline looks solid heading forward. "With new equity and solid fundamentals, I expect 2017 to be another record year for the Hungarian investment market," he concluded.