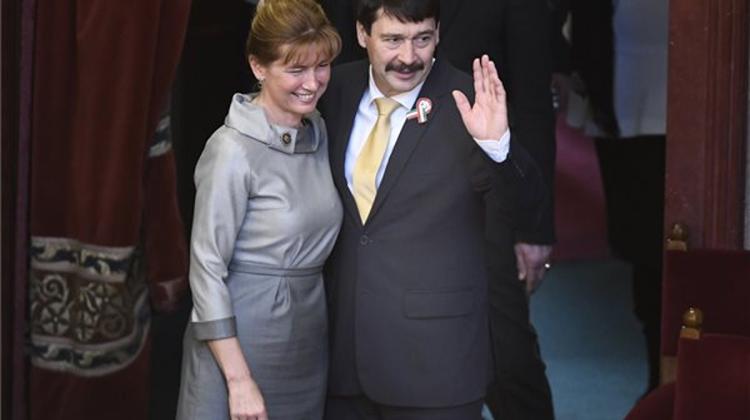 Evaluating his achievements in the past five years, President János Áder said that “performance should be made a central theme of life”.

In his address, delivered before parliament’s vote on Hungary’s president for the next five-year term, Áder repeated his vow made in 2012 to always represent Hungary’s interests and values, and said he would continue on the basis of those values.

Áder noted the responsibility he felt for future generations and the natural environment as a top priority in his presidential work. Concerning the latter topic, Áder noted that “political negligence” concerning the environment characterised “nearly” all countries across the world. He pointed to the unprecedented exploitation of resources and a simultaneous increase in greenhouse gas emissions.

Concerning his diplomatic efforts during his term, Áder mentioned his talks with Tomislav Nikolić, his Serbian counterpart, in 2012, which led to the Serbian parliament’s condemning anti-Hungarian atrocities at the end of the second world war, and Serbia’s annulling an 1945 decree on the collective guilt of ethnic Hungarians.

Referring to next year’s parliamentary elections, Áder quoted 19th-century Hungarian poet János Arany as saying “...if I refuse to contribute to the homeland as much as I can, it is as if saying I want for there to be no Hungary. But if there is no homeland, we will not be ourselves, either; the question is: do we want the homeland to prosper or not?”

Commenting on the speech, the opposition Socialists said that “Áder has proved his incompetence ... and does not have a clue” about the situation in Hungary.

In their statement, the Socialists condemned Áder for “failing to talk about poverty and considering it more important to praise Hungary-Serbia ties instead”. “Áder did not talk about four million people under the poverty line, but voiced concern for climate change,” nor did he speak about Hungary’s ailing education or health, the statement said.

“For Áder there are no hungry children, no corruption, and the rule of law is not in jeopardy,” the Socialists said.