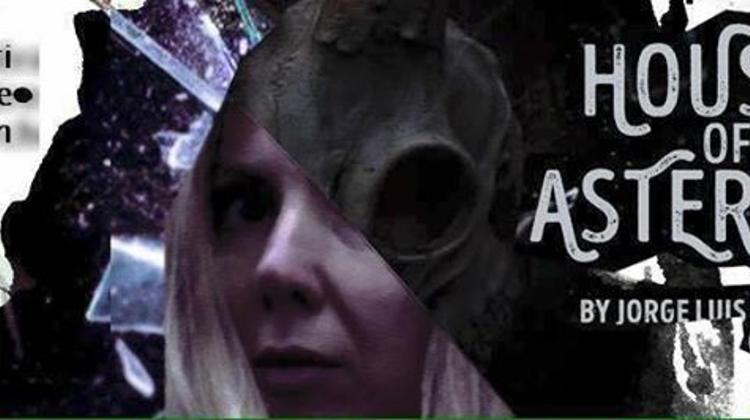 House of Asterion is a special mix of prose, poetry and dance which is performed by a Spanish, a Hungarian and a Croatian actress. Jorge Luis Borges is one of the most important writer of the 20th century, his mysterious stories broke new ground and transformed literature forever. Jorge Luis Borges's "re" tells the classic story of the Cretan Minotaur from an alternative perspective.

Asterion also known as Minotaur imagines things that become his life. It is a fiction that holds a mirror to reality. He imagines that he is being followed or that another Asterion comes to visit him. But this conscious imagination is his solution for withstanding the solitude, the lonely existence.

What keeps Asterion alive is his faith that his Redeemer is coming. Many people today prefer passivity, hiding behind a virtual, imaginary (not real in any case) profile "living" their lives, choosing this easier way they feel that they better meet the expectations of society, while isolating themselves. Asterion disputes the very existence of the insignificance and finds his peace in a deliberate isolation. In this world the boundaries between imagination and reality dissolve...

In order to take better notice of the changes in Borges' work, let’s remember the original myth.

According to the myth, after he ascended the throne of the island of Crete, Minos competed with his brother to rule. Minos prayed to Poseidon, the sea god, to send him a snow-white bull, as a sign of support (the Cretan Bull). He was to kill the bull to show honor to the deity, but decided to keep it instead because of its beauty. He thought Poseidon would not care if he kept the white bull and sacrificed one of his own.

To punish Minos, Poseidon made Pasiphaë, Minos's wife, fall deeply in love with the bull. Pasiphaë had craftsman Daedalus make a hollow wooden cow, and climbed inside it in order to mate with the white bull. The offspring was the monstrous Minotaur.

Minos, after getting advice from the oracle at Delphi, had Daedalus construct a gigantic labyrinth to hold the Minotaur. Its location was near Minos' palace in Knossos. The Minotaur is commonly represented in Classical art with the body of a man and the head and tail of a bull.

Minos required that seven Athenian youths and seven maidens, drawn by lots, be sent every seventh or ninth year to be devoured by the Minotaur. When the third sacrifice approached, Theseus volunteered to slay the monster. In Crete, Minos' daughter Ariadne fell madly in love with Theseus and helped him navigate the labyrinth. In most accounts she gave him a ball of thread, allowing him to retrace his path. Theseus killed the Minotaur.