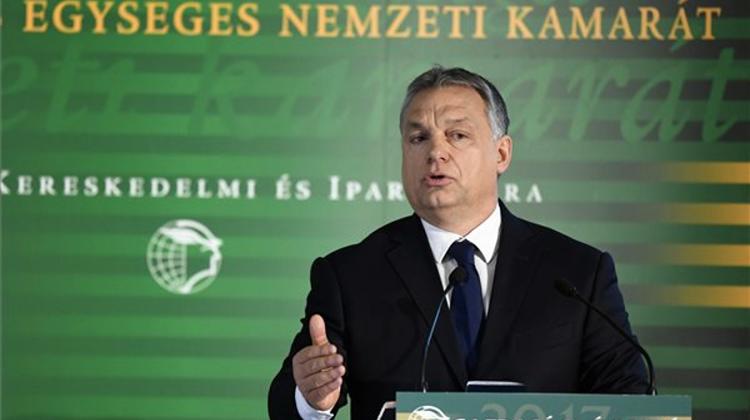 Prime Minister Viktor Orbán said at an event organised by the Hungarian Chamber of Commerce and Industry that he did not support the idea of tackling Hungary’s shortage of skilled workers by adopting a guest-worker scheme. He said he had reservations about any kind of scheme to employ guest workers.

Foreign workers should only be employed on a case-by-case basis and for a pre-determined period, he said, adding that he did not want the country to drift towards the point whereby only foreigners carry out low skilled jobs.

From the point of view of the national strategy, such a state of affairs would not be desirable, he added. Speaking about further tasks Hungary needed to undertake in order to increase its competitiveness, he said the country had to protect itself from foreign influence, illegal migration and it must fight for cheap energy.

The prime minister expressed hope that Hungary would soon settle its dispute with Brussels about the upgrade of the country’s sole nuclear power plant in Paks. Regarding the management of Hungary’s public debt, Orbán said the country had fully paid back the IMFEU loan it took up in 2008 when the financial crisis hit and was now capable of financing itself.

He said Hungary had increased the share of forint denominated government securities compared to forex-denominated ones. He said the increase of domestic ownership in the banking sector to “well over” 50%, the government’s eastern opening strategy and the further reduction of taxes were also among Hungary’s economic achievements.

Orbán also talked about Hungary’s reindustrialisation, noting the country’s efforts to revive its bus manufacturing, renew its agriculture and create a work based economy.

He also criticised the concept of a basic income, saying that such a programme would be “completely inconceivable” given the country’s characteristics and pursuit of work-based competitiveness.

He also argued that introducing such a concept “is not such an easy question” because of “complicated” ethnic relations in the country.