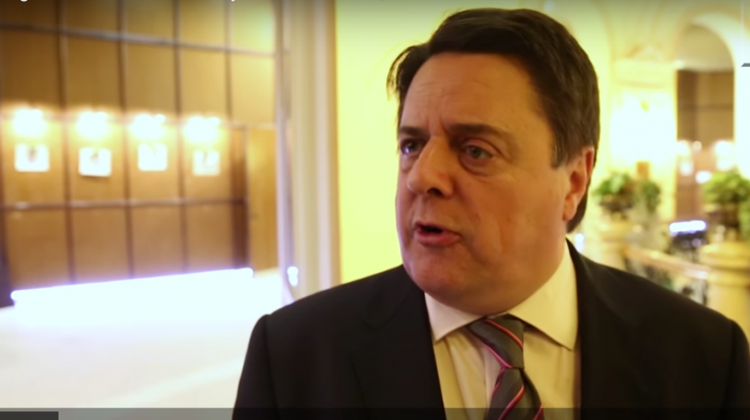 Nick Griffin, former leader of the far-right British National Party, has said he would be moving to Hungary before “trouble begins in Western Europe,” according to video footage posted by Hungarian online news portal 444.hu, in which the controversial politician praises Hungary.

“There’s already a sort of nationalist emigre community building up here,” the former BNP leader said about the country, adding: “Itʼs only a trickle at present, but I have no doubt at all that when the trouble really begins with al-Qaeda and Isis in Western Europe, that trickle is going to become a flood.”

Griffin added that he is “pleased” that Hungary is taking steps in confronting what he described as the “Soros problem,” referring to the Hungarian-American investor and philanthropist George Soros who has proven a persistent thorn in the side of the present government. He also praised Hungary for making efforts to preserve its “national sovereignty” and “survival.”

The former BNP leader is widely known for his record over the years of comments and articles speaking in derogatory terms of various ethnic or religious minorities and denigrating homosexuals. In 1998, Griffin was convicted of distributing material likely to incite racial hatred, for which he received a suspended prison sentence.

Also known in the past for his denial of the Holocaust, Griffin said in 1998: "I am well aware that the orthodox opinion is that six million Jews were gassed and cremated and turned into lampshades. Orthodox opinion also once held that the Earth was flat."