President Sees Chance For Preliminary Deal With US On CEU 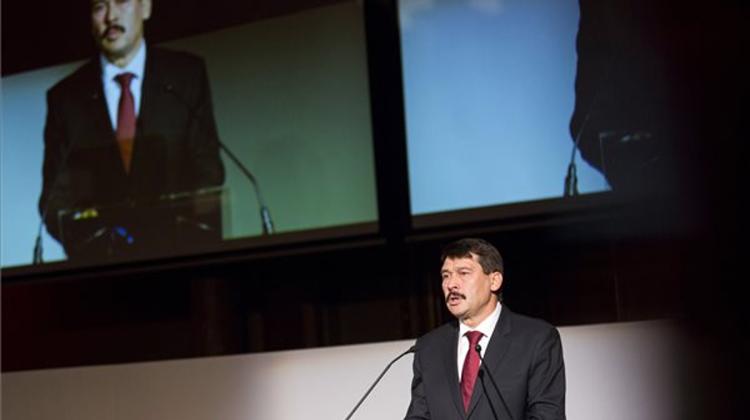 The condition that a preliminary deal needs to be signed between the governments of the United States and Hungary about the Central European University (CEU) is possible to meet, President János Áder said on Tuesday.

After giving a lecture at a Budapest secondary school, Áder said in response to a question by a student that he saw a good chance for a preliminary deal, which he said is a laxer legal category than an international agreement.

A preliminary deal would require but good faith from both sides, he said, citing the statement issued after he had signed the amended law on higher education that affects the CEU as well.

Áder underlined that as regards the CEU, the higher education law concerns the non-profit entity registered in the State of New York which does not provide courses, yet is still entitled to issue degrees.

The Hungarian legislation does not concern either the Közep-európai Egyetem KEE based in Budapest or the foundation operating it, the president added.

CEU’s non-profit entity in New York should enter into agreement with one of the state’s universities to enable CEU to provide education, Áder said, noting that this way the amendments to the Hungarian law could be fulfilled.

The president praised CEU for providing a highly valuable work yielding a lot of benefits and cited the Hungarian prime minister also saying in parliament that the government had not intended to close the KEE supported by George Soros.

Áder’s lecture was part of the Sustainability Week scheme and covered topics, such as global warming, technology inventions in energy and the planned upgrade of the Paks nuclear power plant.