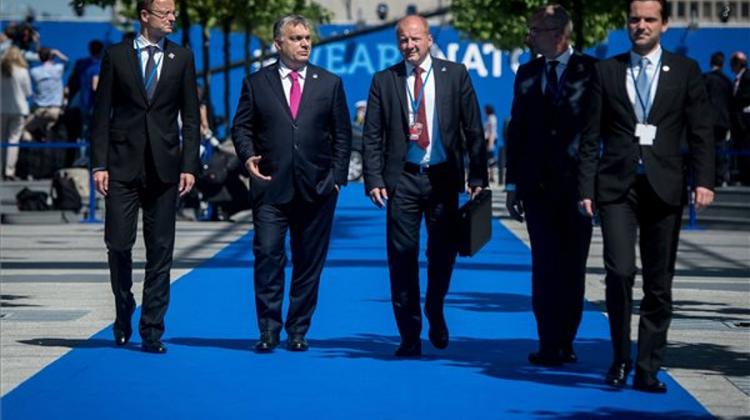 The Hungarian government will appeal to international organisations against a recent resolution by the European Parliament, in which the EP “has taken sides with a terrorist rather than with Hungary and its police who were attacked”, Péter Szijjártó, the Hungarian foreign minister, told a press conference.

Szijjártó said the EP was “finding excuses” for a person convicted of terrorism, and called it “unacceptable” and “intolerable”.

The minister said that the man in question, referred to as Ahmed H, had led a group of migrants at the Röszke border station and “launched an attack against Hungarian police throwing stones, concrete slabs and bottles for hours”.

“The EP resolution says that the man just wanted to calm the others down,” Szijjártó said, adding that the document “refers to the stones he threw at police as ‘objects’”.

The government will send its appeal to the United Nations, the Council of Europe, the OSCE and NATO, he said.

Concerning EU-US relations, Szijjártó said that close cooperation with the US would continue to be “crucial” both in terms of fighting terrorism and for the economy. “It is no use crying” over the US opting for a more patriotic economic policy; Europe must “boost itself at last”, he insisted.