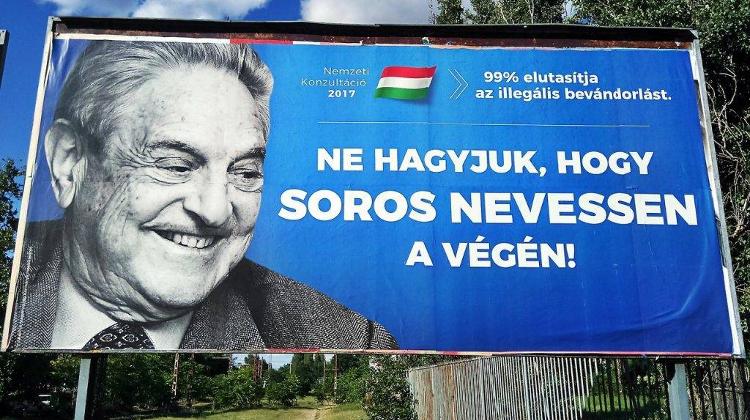 Israel’s foreign ministry retracted a recent statement by the Israeli ambassador to Hungary, in which Yossi Amrani called on the Hungarian government to remove billboards depicting US financier George Soros, Israeli daily Haaretz said on its website.

According to the paper, the foreign ministry acted on instructions from Prime Minister Benjamin Netanyahu, and voiced sharp criticism of Soros, saying that he supports organisations slandering Israel, and questions Israel’s right to self-defence.

Netanyahu, who also fills the post of foreign minister, had not been consulted before the Israeli embassy in Budapest issued its statement on Saturday, Haaretz said, adding that the Israel’s right-wing parties condemned the foreign ministry because it appeared as if they were defending Soros, seen as a leader behind a movement against Israel.

Netanyahu is scheduled to visit Budapest on July 18.