Square Named After Ljubljana In Budapest 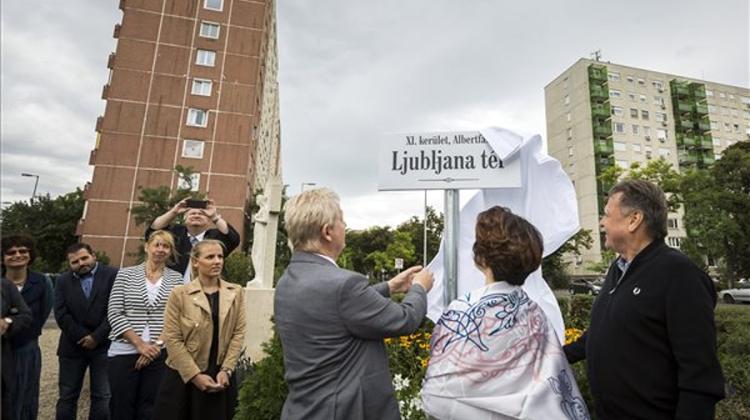 A square was named after the Slovenian capital, Ljubljana, in south-western Budapest in a ceremony attended by city leaders and diplomats on Tuesday. Addressing the event in district 11, Budapest Mayor Istvan Tarlos highlighted the outstanding relations nurtured by the capital cities of the two countries.

The naming of the square signals Budapest’s commitment towards building Hungarian-Slovenian relations, he said.

Ksenija Skrilec, the outgoing Slovenian ambassador, said she had done her best to bring Hungarians and Slovenians closer to each other.