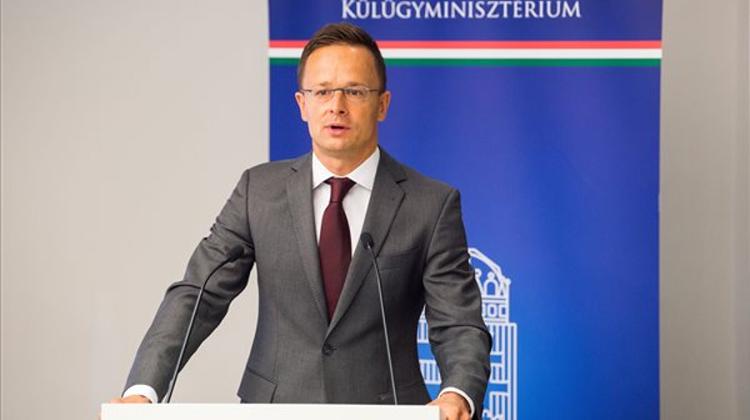 Pro-government commentators welcome the government’s firm reaction to criticism from the Dutch ambassador to Budapest. Left-wing and liberal pundits, on the other hand, accuse the government of paranoia and overreaction.

On Friday, Péter Szijjártó, Minister of Foreign Affairs and Trade, recalled Hungary’s ambassador to the Hague for consultation and said that relations will be held below the ambassadorial level until the government of the Nethlerlands distances itself from a statement by Gajus Scheltema, its outgoing ambassador to Budapest.

In an interview with 168 Óra, Mr Scheltama, who leaves Hungary after having served in Budapest for ten years, drew a parallel between the rhetoric of jihadi terrorists and the Hungarian government. He said that jihadi terrorists who use religious fanaticism and address the losers of globalization “create enemies in same way as the Hungarian government”.

Later on Friday, the Dutch Foreign Minister Bert Koenders distanced himself from Mr Scheltema’s ‘awkward’ statement. Mr Koenders said that there is no link between jihadi terrorism and the Hungarian government’s rhetoric, and Mr Scheltema’s words do not reflect the views of the Dutch government. Mr Koenders, however, also noted that the Netherlands is concerned over what he called attacks by the Hungarian government on NGOs and the rule of law.

In Magyar Idők, János Dénes Orbán welcomes the Hungarian government’s unambiguous reaction to Mr Scheltema’s ‘biased and ridiculous’ accusations. The pro-government commentator thinks that Mr Scheltema violated the basic norms of diplomacy when he tried to openly intervene in Hungarian internal affairs and publicized his own personal opinion, rather than the official view of the Dutch state.

Magyar Hírlap’s Zoltán Veczán remarks that Dutch people who invest and buy property do not seem to share the Dutch government’s worries about Hungary. The pro-government columnist speculates whether the Dutch government wants to send a message to France and Germany that they can count on them if they want to discipline the increasingly vocal and strong Central and Eastern European member states of the EU.

Writing in Magyar Nemzet, Gábor Stier finds legitimate many of the points raised by Mr Scheltema, but he finds Mr Scheltema’s formulations tendentious and arrogant. At the same time, the conservative pundit thinks that the Hungarian Foreign Ministry overreacted to the accusations by recalling its ambassador from the Hague. Stier attributes the loud retaliation from Hungary to the government’s intention to mobilize its own voting base ahead of the 2018 election.

Nészava’s Róbert Friss accuses the government of an ‘hysterical overreaction’. The left-wing columnist argues that Hungary needs allies in the EU so that it can defend the Hungarian national interest in the forthcoming disputes over the restructuring of the EU.

Friss recalls that the Czech Republic and Slovakia are increasingly hesitant to join Hungary and Poland in their battle with the EU. At the end of the day, Hungary may soon find that its only important ally is Russia, Friss speculates.