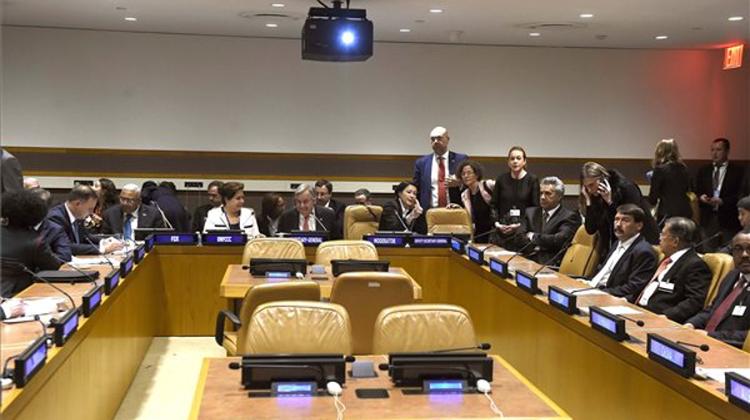 At a meeting of state leaders on climate change, President János Áder said that regional and municipal cooperation in curbing greenhouse gas emissions should be expanded.

Organised on the sidelines of the 72nd UN General Assembly, the meeting looked at possible further action to reduce greenhouse gas emissions.

UN Secretary General António Guterres said the Paris climate accord adopted in 2015 is “an important milestone but not the final goal” in the fight against climate change. “Even if all countries fulfil their commitments, global warning might still exceed the critical 2˚C,” Áder cited Guterres as saying.

Áder noted at the meeting that organisations comprising regions and municipalities fighting climate change have made great headway in the past years. Under2, an organisation launched by California governor Jerry Brown, now encompasses over one billion people in various regions and cities in the world, he said.

Members pledge to reduce greenhouse gas emissions by 80% by the year 2050, although some members are keen to achieve a 95% reduction, Áder noted. He offered to cooperate in further expanding the member list, noting that Budapest is the only member from the CEE region. He also suggested that members outline their plans until 2060 instead of 2050.

Commenting on the fact that the USA has withdrawn from the Paris accord and also stayed away from Tuesday’s meeting, Áder said: “We should use the opportunities offered by the commitment of many American states and cities to fight climate change - California is, for example, very committed to implementing the Paris agreement -- rather than lamenting the withdrawal of the US.”

Áder noted that Guterres had announced his intention to organise a further international summit on climate change in New York in 2019. He added that there would be several opportunities to talk about related issues in the meantime, such as upcoming conferences in Paris, Bonn and Katowice.