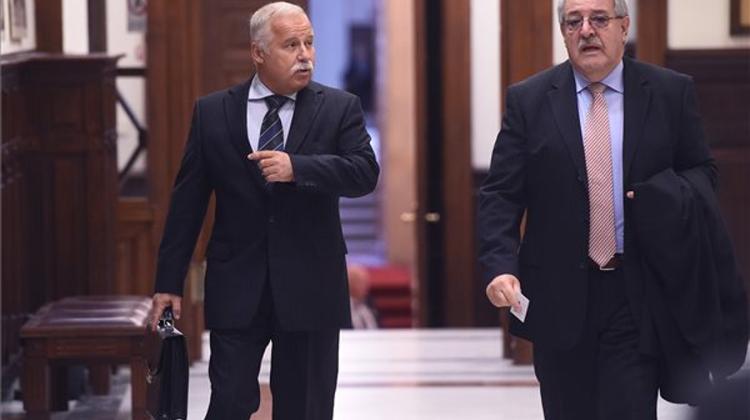 The Budapest Municipal Court has acquitted former secret service leaders of espionage charges in a binding ruling. On July 5, 2013, György Szilvásy, the minister in charge of the secret services under the Socialist government of Ferenc Gyurcsány, and Lajos Galambos, former director of the National Security Office, were sentenced in a non-binding ruling to two years and ten months each in prison for espionage.

The fourth defendant known only as László P. was the owner of a security firm with Russian ties. He was charged with crimes against the state.

In June, 2015, these sentences were quashed due to procedural errors found by the court and a repeat procedure was ordered.