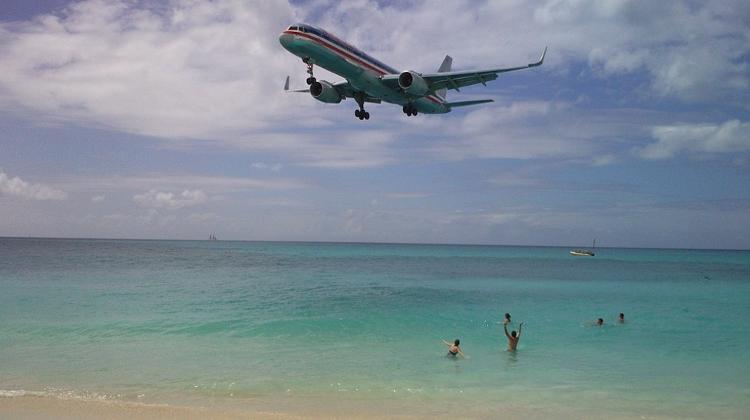 “Six Hungarian citizens and a Slovenian national were successfully evacuated from the hurricane-torn island of Saint Martin on Tuesday”, Minister of Foreign Affairs and Trade Péter Szijjártó announced on Wednesday.

Mr. Szijjártó told reporters that six Hungarians, a family of five and a woman, and a Slovenian citizen were all successfully evacuated form the island at 9 p.m. Hungarian time using an aeroplane chartered by the Hungarian Government.

The plane successfully landed in Curaçao at 11:45, and all of the airlifted Hungarians are safe and sound at the Hungarian consulate there, he added.

The Minister said the honorary consulate in Curaçao is also helping the stranded Hungarians to return home. According to one scenario, they will be able to fly home to Hungary aboard a NATO aircraft taking off from the air base in Pápa, and which is also transporting Dutch evacuees and aid, with regard to which Hungary is in negotiation with NATO and Holland. If this plan is unsuccessful, the alternative is that the Hungarians will receive consular financial aid, which will enable them to fly home using a commercial airline, Mr. Szijjártó explained.

The Minister told reporters that although the fact that one of the children of the Hungarian family had no passport had caused difficulties, the Ministry had succeeded in coming to an agreement with the Dutch authorities, who then allowed the family to leave the country.

If the Hungarians travel home on the NATO aircraft, no further administration will be required, and if they come home using a commercial airplane, then the Consulate will issue them with the required documentation, he added.

Mr. Szijjártó also pointed out that every Hungarian citizen who indicated a wish to leave the island had been successfully evacuated.