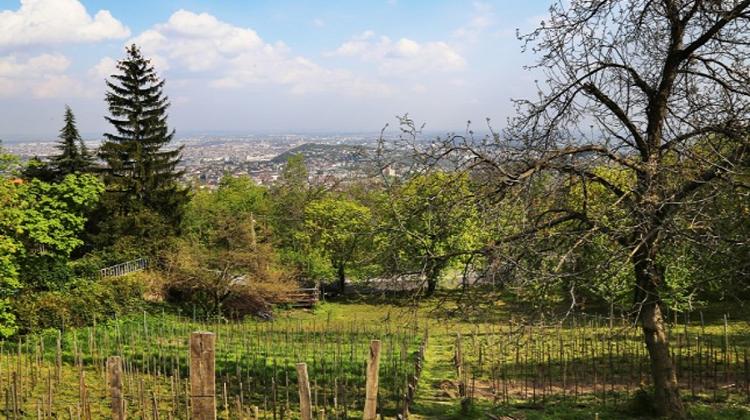 Two plots of land in the Buda hills have recently been sold to a company called Páfrány 15 Invest Kft. The company is owned by Gellért Jászai, who is a business partner of Lőrinc Mészáros, friend of PM Viktor Orban.

Jászai and his company got a good deal: the price for the two plots of land was HUF 100 million (EUR 330,000), which is way below the market price for land in such a good location. The estate is more than 4000 square kilometers large, but the price is about HUF 25,000/square meter, which is below average. The estate is a nature conservation area.

The two plots of land were owned by state-owned forestry company Pilisi Parkerdő Zrt. that put the two plots up for sale in May. There is a historic villa on one of the plots and a small house on the other.

It is unusual that the decision about the sale was not made by the management of Pilisi Parkerdő Zrt. but by its board of trustees. The chair of the board is József Vörös, attorney to Lőrinc Mészáros. Vörös was the person who represented Mészáros at the state land auctions and he was the one who managed to get the Hatvanpuszta estate at Alcsútdoboz for Mészáros.

We asked the forestry company about the sale and we received an answer stating that the board made the decision about the sale based on the opinions of experts. And it is a new paragraph in the civil code that allows the board of a company to have a bigger role in decision-making if the general assembly approves of this.

According to Pilisi Parkerdő Zrt. there were a few companies interested in the estates but they only received one offer eventually, from Jászai’s company. Actually, the winning company did not officially even exist yet when the tender was announced: according to the founding documents it was founded by Jászai on June 7 and the registry court entered it into the trade register on June 13. This was two weeks after the deadline for the tender (May 31) passed.

Pilisi Parkerdő Zrt. says that it sold the estate for a low price because there are tenants (employees of the forestry company) living in the buildings. Altogether there are six apartments at the two plots that are occupied and it will be a long, complicated and probably expensive process to find alternative lodging for them. Atlatszo was told by one of the tenants that Pilisi Parkerdő Zrt. is helping the new owner out in this respect: the company already found a new house for him.

After our original, Hungarian-language story was published, we received an answer from Jászai as well. He wrote that his company bought the estates in a public process that was open to anyone and that there were no other companies willing to accept all terms and conditions.

He emphasized that it is normal procedure for the board to get involved in such decisions. He admitted that Páfrány 15 Invest Kft. did not yet exist at the time he made a bid for the estates. He told us that he made the bid as a private person while telling Pilisi Parkerdő Zrt. that he was about to create a company for this project later and that Pilisi Parkerdő Zrt. accepted this.

Jászai has long been seen as a front man for different politicians. It was just hard to tell who he was fronting for at certain times. He was the face of the SCD real estate group during the left-wing Medgyessy and Gyurcsány governments. SCD was the company that appeared out of the blue at the time and bought a huge amount of real estate at Lake Balaton, the most popular tourist destination in Hungary.

He promised hundreds of millions of forints in development for the region. In order to do that he successfully lobbied for a new law regulating the Balaton area and since then buildings around the lake can be bigger and taller. It is still unclear whose front man he was at SCD.

The company soon started real estate projects in Budapest as well using huge bank loans, but the bubble burst and the companies in the SCD group went into bankruptcy one by one. Jászai was out of business for a while but after the Orban-government came to power in 2010 he started to be seen in the circles of the governing party Fidesz. He has become a wingman of Mészáros by now.

The company soon started real estate projects in Budapest as well using huge bank loans, but the bubble burst and the companies in the SCD group went into bankruptcy one by one. Jászai was out of business for a while but after the Orban-government came to power in 2010 he started to be seen in the circles of the governing party Fidesz. He has become a wingman of Mészáros by now.