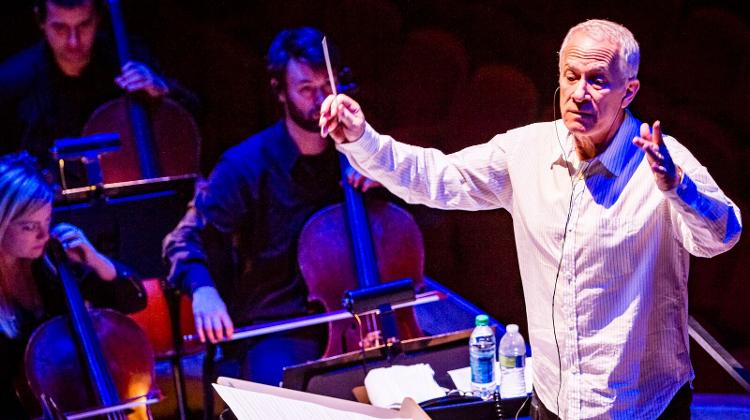 Internationally renowned Grammy and Emmy award winning American film composer, James Newton Howard, announced today that he will appear at Budapest Sportaréna on 5 November 2017 as part of his first ever live concert tour in November 2017, with a program that will celebrate and commemorate highlights from three decades of film scoring for Hollywood.

James Newton Howard is currently composing the music for the prequel to Harry Potter, Fantastic Beasts and Where to Find Them, which will be released November this year.

He is widely known for his music for classic films like Pretty Woman, Prince of Tides, The Sixth Sense and King Kong, as well as for recent releases such as The Huntsman: Winter’s War, Concussion, The Dark Knight, and Blood Diamond.

His most recent massive success, The Hunger Games series, included the song “The Hanging Tree,” performed by Jennifer Lawrence, which peaked at a No. 2 position on the Billboard Hot 100 and high on many other charts around the world. The composer attracts over 1.2 million monthly listeners on Spotify.

The 3 Decades of Music for Hollywood concert production will be a celebration of career highlights with music, spoken word and video. James Newton Howard will conduct a symphony orchestra and choir comprising over 100 performers on stage through suites of recent as well as classic film hits.

The composer will tell stories from his rich and versatile experience, working on some of the most prolific movies ever made, with on-screen contributions from several of his long time Hollywood collaborators, along with clips and montages of stills from films.

Howard also received Golden Globe nominations for his massive orchestral score for Peter Jackson’s blockbuster remake of King Kong, his provocative symphonic score for Defiance, and his songs from Junior and One Fine Day.

Howard won the 2009 Grammy Award for his co-score with Hans Zimmer for The Dark Knight, and received Grammy Award nominations for music from Blood Diamond and his song from One Fine Day. In addition, he won an Emmy for the theme to the Andre Braugher series Gideon’s Crossing, and received two additional Emmy nominations for the themes to the long-running Warner Bros. series ER and the Ving Rhames series Men.

In 2008, World Soundtrack Award named him Film Composer of the Year for his work on the films Charlie Wilson’s War, Michael Clayton and I Am Legend.

In addition to his contributions to film and television music, Howard has composed two concert pieces for the Pacific Symphony. I Would Plant a Tree debuted in February 2009, and most recently his Concerto for Violin and Orchestra premiered in March 2015, featuring renowned violinist James Ehnes.

James Newton Howard’s 3 Decades of Music for Hollywood tour begins in November 2017 and will stop in 20 European cities.

The concert tour is produced by GEA Live (www.gealive.com) in association with the Gorfaine-Schwartz Agency www.gsamusic.com