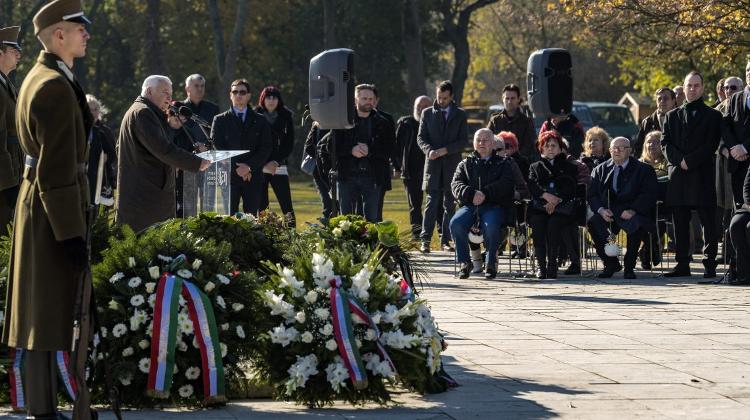 Hungary’s flag was raised and then lowered to half-mast with military honours in front of Parliament on Saturday to mark the 61st anniversary of the crushing of the 1956 revolution and freedom-fight. The Hungarian government in 2013 declared November 4 to be a national day of mourning.

The ceremony in Kossuth Square was attended by President János Áder, Chief of Staff Tibor Benkő, members of the foreign diplomatic and military attache corps, representatives of Hungary’s military and political parties as well as state officials.

The main commemoration ceremony was held at the 1956 memorial in Budapest‘s Hargita Square. In the evening, a concert took place in St Stephen’s Basilica in memory of the martyrs of 1956. Mourners were (and still are) invited to light candles in memory of the victims of the revolution at the Heroes’ Wall next to the House of Terror museum.

A protocol-free commemoration was also held throughout the day at plot 301 of the Rákoskeresztúr Cemetery, where victims of the Soviet retaliation after the revolution are buried in unmarked graves.