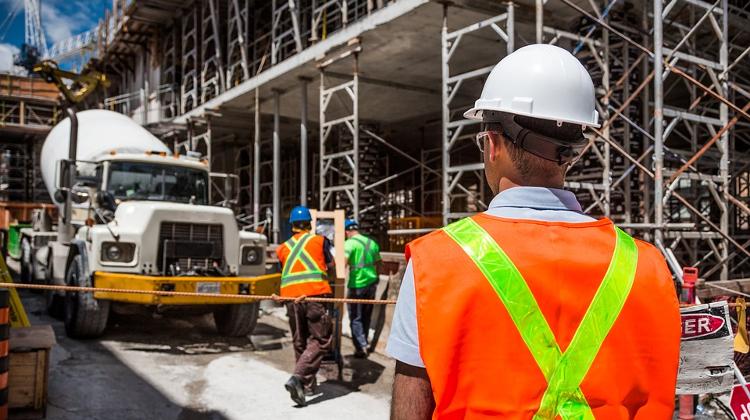 Output of Hungary’s construction sector rose by an annual 38.1 percent in October, the Central Statistical Office (KSH) said on Friday. Output of the building segment grew by 27.3 percent during the period.

Economy Minister Mihály Varga said the construction sector is expected to remain an engine economic of growth next year. The statistics show that businesses in the sector have received orders from Hungarian and from European Union resources, with more than 100 percent increase in orders. Some 50,000 more people work in the sector than a year earlier and there is still a significant shortage of labour, Varga added.

Analyst Dávid Németh of K and H Bank told MTI that he expected construction output growth to continue next year, based on the substantial increase in the stock of orders. He said it was positive that the gap between the building construction and civil engineering segments was narrowing.

András Horváth of Takarékbank gave warning that the sector could lose momentum with the expiry of the preferential VAT rate on home construction at the end of 2019, and that workforce shortage could also cause problems in the industry. Takarékbank projects full-year output growth of around 28 percent in the sector in 2017, he added.