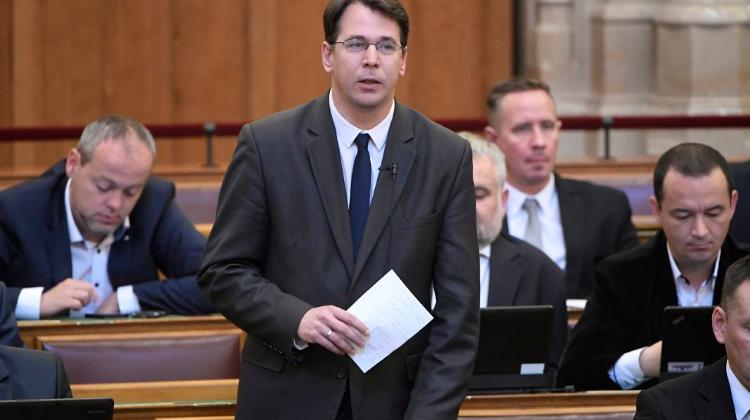 As the National Bureau of Investigation sees no reason to launch an inquiry into the activities of George Soros, a pro-government pundit criticises Jobbik for taking up the defence of the Hungarian-American billionaire. A conservative liberal columnist, on the other hand, accuses the government of creating an alternative reality of conspiracy theories.

On Tuesday, the National Bureau of Investigation dismissed a request by Jobbik to investigate the potential danger George Soros supposedly represents to national security. Jobbik Spokesman Ádám Mirkóczki had filed the request as a response to the government’s anti-Soros campaign.

Mirkóczki’s intention was to debunk the government’s view that the so-called ‘Soros plan’ is a threat to public and constitutional order. The National Bureau of Investigation refused to investigate the matter in the absence of evidence suggesting Mr Soros’ s involvement in preparations for violent acts. Mr Mirkóczki interpreted the decision as proof that the government’s stance on Soros was unfounded.

In Magyar Idők, György Pilhál deems it unserious for an MP to file a request for investigation as a stunt intended to accuse the government of lying. The pro-government columnist explains that no one has accused George Soros of criminal behaviour or preparations for acts of violence. Mr Soros has been criticized because of his plan to make Europe more diverse through immigration, Pilhál adds. In conclusion, Pilhál finds it peculiar that Jobbik now seems to prefer Geroge Soros to Viktor Orbán.

Magyar Nemzet’s Albert Gazda finds it highly unlikely that the decision by National Bureau of Investigation not to investigate George Soros would turn away supporters from the governing party. The liberal conservative commentator accuses Fidesz of creating an alternative reality of propaganda that is resilient to rational arguments and facts. Gazda predicts that the government will not the least feel deterred by the latest developments from continuing its propaganda campaign.