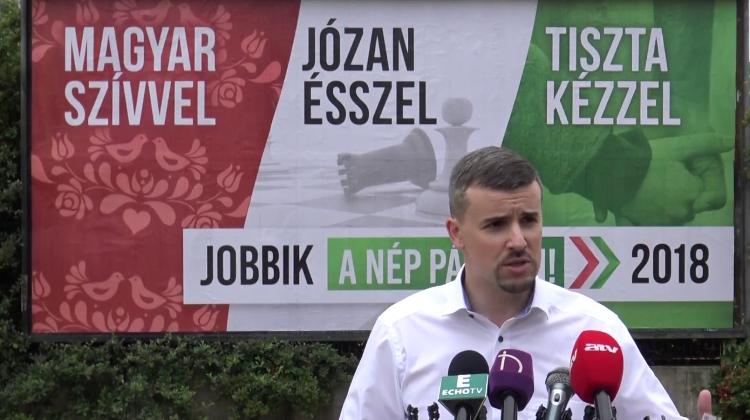 Jakab reacted to an interview foreign ministry deputy state secretary Kristóf Altusz had given to the Times of Malta in which he said that Hungary gave refugee status to 1,300 people last year. Altusz said the government had chosen not to report this in the interest of the safety of the refugees.

Jakab said “it was known that some 20,000 rich migrants had arrived in Hungary” through the government’s now defunct residency bond scheme and that in February 2016 the prime minister had signed a European Council resolution on the implementation of a migrant quota scheme in the European Union.

But he said that “even in his worst nightmares he could not have imagined” that the government would implement the scheme and “resettle 1,300 refugees” in Hungary.

Jakab said that if the government had indeed admitted those refugees to Hungary, then last year’s “Stop Brussels!” campaign, the 2016 migrant quota referendum, the “National Consultation” surveys and the criticisms of US financier George Soros “were all just part of a show”.

Foreign Minister Péter Szijjártó, when asked earlier how Hungary could have “secretly” taken in 1,300 refugees while it regularly speaks out against Europe’s migrant quota scheme that would allocate 1,294 refugees to the country, said Hungary was fighting the mandatory quota scheme because it would relocate illegal migrants in the European Union and strip member states of their right to decide who they want to take in.

He argued that Hungary’s taking in refugees under the Geneva Convention was a separate matter.