Liberals Call On Government To Take Heed Of Student Demands 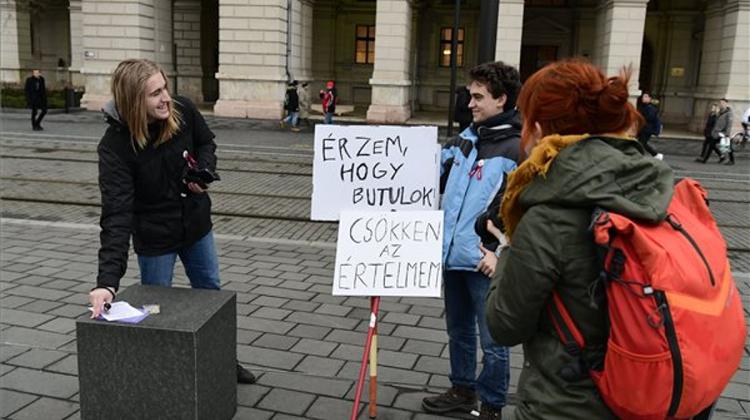 In the wake of a student demonstration last week, the Liberal Party has called on the government to start talks with student unions on reforming Hungary’s education system.

Anett Bősz, a senior Liberal Party official, called on the minister of human resources and the state secretary for education to take heed of the messages of some 1,800 students gathered near Parliament on Friday, demanding a “fairer, more democratic and student-centered education system”.

Bősz said that the Independent Student Parliament has drafted a package of proposals for reform. The proposals serve as a good basis for creating new student-oriented modes of teaching, Bősz added.

Hungary currently lacks the institutional system and conditions to meet the criteria for a 21st century education, she said, adding that over the past years Hungarian students had performed poorly in international PISA education tests that, for example, gauge creativity in problem-solving.