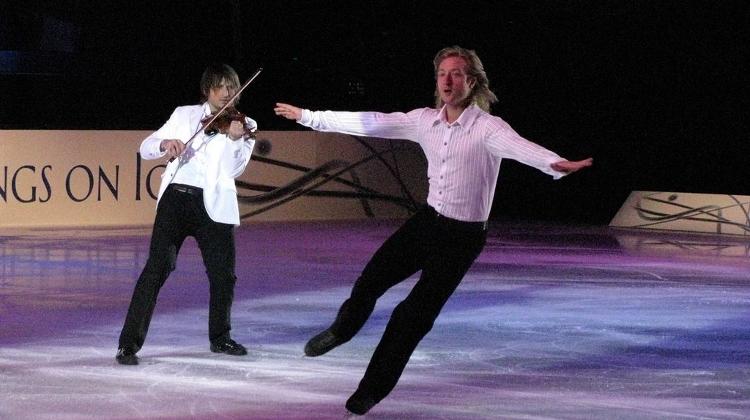 From the organisers: Having toured all over the world, the ‘Kings on Ice’ comes to Hungary again. Xpats are invited to a fascinating show at the Papp László Budapest Sports Arena on April 29 at 7:00 pm, come along for a unique "musical – icy – enchanting - exclusive show".

Evgeni Plushenko – the greatest figure skating talent in the world, and multiple Olympic champion. Starting in 1996 he won more than 50 gold medals, and introduced the 4-3-3 combined jump first time in history. It is important to highlight that his gold medals are closely linked to Edvin Marton as Plushenko's free skating music was specially arranged for him by the famous violinist.

Edvin Marton, the world famous Emmy-winner violinist enchants the audience with his real art treasure Antonius Stradivarius violin (- 1699-), the gold medalist of the world violin competition, accompanied by the splendor of lavish lights.

You can also admire the knowledge of several other famous stars at the Papp László Budapest Sports Arena during the show. To boost the excitement, the final list of performers will be announced by the organizers at a later date.
In the fascinating and unique production, the figure skaters are harping on the law of gravity, enriching the show with exciting and sometimes dangerous choreography.

Besides the elite of the figure skating you can also enjoy the great classics, like the music of Godfather, which gives a unique essence to the show.

The music of the ‘Kings On Ice’ was partly composed by Edvin Marton.

The show is organized by Danubius Music Productions Office and Art Anzix Theatre.

Don’t miss the fusion of the brilliant artists! This is an entertaining and excellent program for the kids and parents alike, a must-see family program.