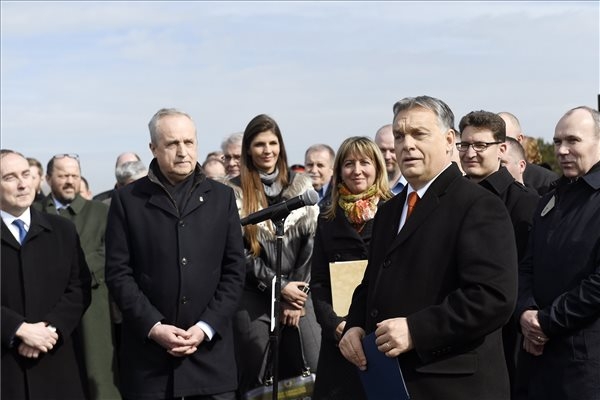 Having to accommodate migrants would “crush the country” financially, the prime minister told local television on Sunday.

In his interview, Viktor Orbán said that “we must speak openly” and insisted that “we either spend the money on developments or build a migrant haven”.

Orbán said he saw an “imminent danger” of Hungary being “turned into a destination for migrants”.

He said the European Union was unfolding its plans under which Hungary would be obliged “to accommodate at least 10,000 migrants”.

He went on to say that the “empire” of US financier George Soros is working to make Europe a “continent for migrants” and will “attack everyone hindering those efforts; not only Hungary, but the Czech Republic and Slovakia, too”.

“Some seek to flood Hungary with migrants, so that the country changes the same way as many western European cities have,” he added.

Orbán insisted that the yield of the national economy should be spent “on Hungarians, on Hungarian youth, pensioners, and Hungarian municipalities rather than migrants from other countries”.

“Let us resist, let us protect Hungary and let there be a national government which will stand up for the country,” Orbán added referring to the upcoming parliamentary election.