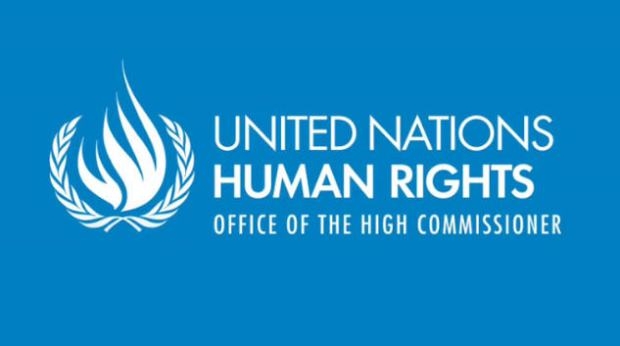 You may recall that Zeid Ra’ad Al Hussein, United Nations High Commissioner for Human Rights, in his keynote address at the 37th session of the Human Rights Council, called Viktor Orbán a xenophobe and a racist because the Hungarian prime minister declared earlier that “we do not want our color … to be mixed in the others.”

Hungary’s Foreign Minister Péter Szijjártó, who was present at the meeting, on the spot demanded the high commissioner’s resignation for his “unacceptable” and “inappropriate” criticism of Orbán.

Here is High Commissioner Zeid Ra’ad Al Hussein’s response. It is clear from this “opinion piece” that the Hungarian government wasn’t satisfied with a verbal demand but followed it up with a written call for his voluntary departure.

Viktor Orbán and his emissary are their own worst enemies. How many times do they want to hear that they are xenophobic racists whose stock in trade is stoking hatred for political gain?

Last week, the Hungarian Foreign Minister, Péter Szijjártó, said it was “slanderous” and “unacceptable” of me to call his Prime Minister a racist. He claimed I had “accused Hungary of being comparable to the worst dictatorships of the last century” and demanded I resign.

What had I said? “The security state is back, and fundamental freedoms are in retreat in every region of the world. Shame is also in retreat. Xenophobes and racists in Europe are casting off any sense of embarrassment – like Hungary’s Viktor Orbán who earlier this month said ‘we do not want our colour… to be mixed in with others‘. Do they not know what happens to minorities in societies where leaders seek ethnic, national or racial purity?”

And I stand by every single word.

Mr Orbán’s speech on 8 February to a group of city councils was a clear-cut statement of racism. It is an insult to every African, Asian, Middle Eastern or Latin American woman, man and child.

The belief that mixing races creates an ineradicable and damaging taint was once widespread in many countries; in parts of the US, as well as South Africa, miscegenation laws were integral to the humiliation and oppression of people termed of “lesser races.”.

But that era is long dead ­– or should be. To hear it unabashedly expressed by the leader of a modern, European Union country should outrage every one of us.

But we are growing accustomed to the stoking of hatred for political profit. And this is Viktor Orbán’s stock in trade. The latest census indicates 1,064 men and 260 women from Africa living in all of Hungary; a total 10,559 people from all of Asia; and apparently so few from the Middle East that they were not even counted.

But Mr Orbán has managed to portray Muslims and Africans as an existential menace to Hungarian culture – a threat he alleges is masterminded by the Hungarian-American financier George Soros. Last year a so-called consultative survey by the Hungarian government propagated a series of falsehoods in the form of questions such as “George Soros wants to convince Brussels to resettle at least one million immigrants from Africa and the Middle East annually on the territory of the European Union, including Hungary:

Mr. Orbán’s racial rhetoric is increasingly delusional: in his State of the Nation Address of 18 February, he claimed that Nils Muižnieks, the Council of Europe’s Commissioner for Human Rights, “recently let slip that some years ago they secretly launched a programme to breed a Soros-like human race, or, as they modestly put it – if I can pronounce the term – Homo sorosensus… I realised that from their point of view, from the viewpoint of the Soros types, we indigenous people who have our own countries, our own culture and our own religion – things for which we will fight tooth and nail – are individuals beyond redemption.”

Cultivation of a siege mentality among majority populations is a marker of today’s ethno-populism. It creates a sense of overwhelming grievance, with an indicated outlet for that rage. And it shores up power. According to a 2016 Pew Research Centre study, 72% of Hungarians have an unfavourable view of Muslims – the highest rate in Europe.

This support for Orbán’s posturing on migrants helps him to advance his vision of an “illiberal democracy,” governed “not by a dualistic field of force bringing with it never conclusive and divisive debates” but by “a great governing party… a central field of force, which will be able to articulate the national issues… without the constantly ongoing wrangling.”

The Orbán government has dismantled checks and balances, politicized the country’s Constitutional Court and restricted its powers, and undermined the independence of the judiciary and the press.

Recent legislative proposals will further curtail an already restricted space for civil society activism, giving the Interior Ministry the right to ban any group which works on behalf of migrants; subjecting them to punitive taxes if they receive foreign funding (which could include EU funds); and potentially banning them from going within 8km of border areas.

Even before this latest package, the European Union had instituted multiple infringement proceedings against Hungary for measures potentially violating the rule of law and fundamental freedoms.

So yes, I did call the increasingly authoritarian – though democratically elected – Viktor Orbán a racist and xenophobe. I did not, in point of fact, compare him to 20th century dictators, because there are plenty of examples around us today of the horrors that awake when minorities are vilified or abused. And no, I will not resign “with no delay,” as a letter from his Minister demanded.

Because it is time to stand up to the bullies of Mr Orbán’s ilk. Hatred is a combustible force; and it will not win – not in Europe; and not today.