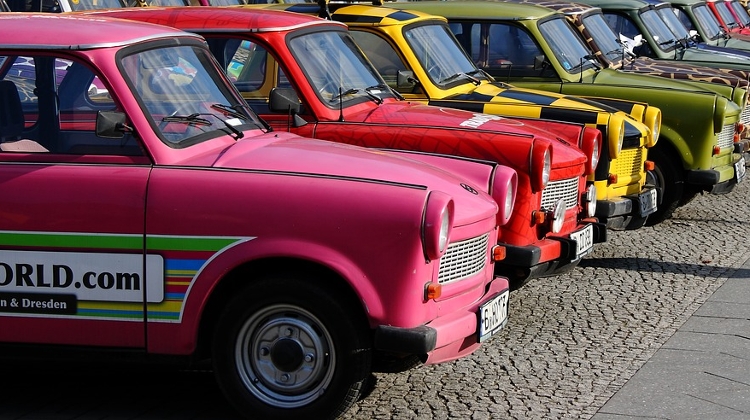 From Trabant car tours to funicular and flying experiences, there are plenty of unusual ways to explore the Hungarian capital.

Forgo the crumpled map and sore feet and try an alternative sightseeing experience. From a trip around the city in a communist-era car to a helicopter ride over the Danube at sunset, these alternative tours are some of our favourite ways to see the city.

During the communist era, the distinctive Trabant was the most ubiquitous car in Budapest. Manufactured in East Germany, a few of the cars can still be spotted today and provide a novel way to get around the city.

Rent-A-Trabant offers sightseeing opportunities in these characterful vehicles, as well as other add-ons including bespoke Trabant tours and trips to Hungary’s winemaking region.

A romantic way to see Budapest, a helicopter tour at sunset is sure to be a highlight. Sip on a glass of Hungarian sparkling wine before you take to the sky and enjoy unparalleled views of the city as the sun fades over the Danube.

Admire the scene as lights begin to twinkle across the major landmarks, including the historic Buda Castle District with its charming cobbled streets and turrets, which you can appreciate away from the crowds.

Get the best views on the funicular

Budapest Castle Hill Funicular has been in operation since 1870, when it was only the second funicular railway to open in Europe.

Unfortunately, the original funicular was destroyed in World War II, but it was painstakingly rebuilt in the same traditional style following the war, and is classed as a UNESCO World Heritage Site.

Meet the tram at the end of the Szechenyi Chain Bridge to ascend to the top of the famous Castle Hill and explore the Royal Palace and Sandor Palace.

Admire the stunning views as the tram climbs up the hill, but the highlight is certainly the breathtaking vista at the top, which includes the Chain Bridge and Parliament.

Tour the streets on a Segway

Enjoy exploring the streets of Budapest in a fun and original way courtesy of a Segway tour. Suitable for all ages (trailers are provided for children under five), the experience is accompanied by a knowledgeable guide and there are a wide variety of tours to choose from.

Whether you want to explore peaceful Margaret Island or discover the famous Jewish Quarter, the tours showcase many different sides of the city. Additionally, visitors can book private tours for a more personal experience.

Hop aboard a boat

Intersected by the majestic Danube River, Budapest can easily be explored by water. Historically a key trading route for Hungary and its neighboring countries, the river now offers visitors a fantastic way to see the city and many of its most famous sights.

Pass under the Chain Bridge – one of the world’s first suspension bridges – pass by St. Stephen’s Basilica, the impressive Buda Castle and Margaret Island, the religious centre of the city during medieval times.

Whether you choose an elegant private excursion, a cruise accompanied by opera music and Hungarian folk dancers, or a journey on the Riverride (Budapest’s amphibious bus), touring the city by boat is an unforgettable sightseeing experience.