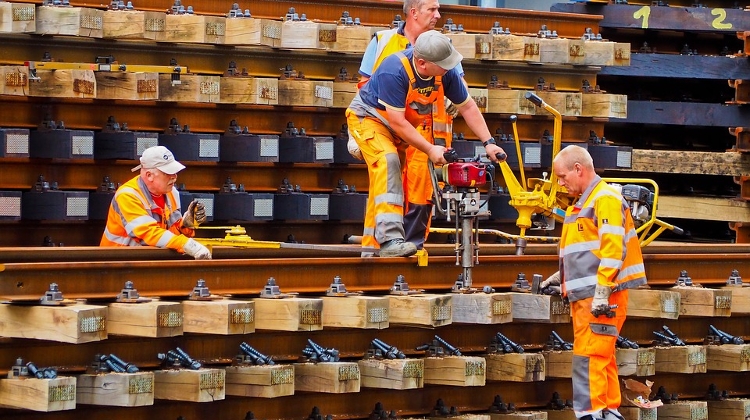 KSH said output of the building segment was lifted by home, school and factory construction. In the civil engineering segment, construction of highways, railways and utilities infrastructure supported the increase. In a month-on-month comparison, output was down by 5%, adjusted for seasonal effects and the number of workdays.

New orders were up by 0.7% annually, falling by 45.9% in the building segment but rising by 51.4% in the civil engineering segment. In the first two months of 2018, construction sector output climbed by 33.5% from a year earlier.

Commenting on the data, Gyula Pomázi, deputy state secretary at the economy ministry, said that such growth from the strong January base was “promising” for the sector’s year ahead.

The government intends to boost demand for construction with its home purchase subsidy scheme CSOK, VAT cuts and soft loans. The government also provides grants for technological development in the sector, Pomázi said.

Analysts expect the dynamic growth to continue throughout the year. András Horváth of Takarékbank predicted 25% output growth in 2018 from the strong, 29.6% base of 2017. He noted the substantial increase in the sector’s order stock, adding that this can be expected to grow further as there is strong demand for both residential properties and office developments.

Horváth added that in order to maintain the momentum in the construction sector it would be useful to extend the preferential VAT rate on home construction, due to expire at the end of 2019, since additional budget revenues exceed the amount of the VAT lost already in the short term.

Dávid Németh of K&H Bank said construction sector output could continue expanding in the coming months, albeit at a decelerating pace due to the high base figures. He forecast 10 to 20% growth in the sector in 2018, driven by the family policy the government is likely to pursue after the April 8 election.