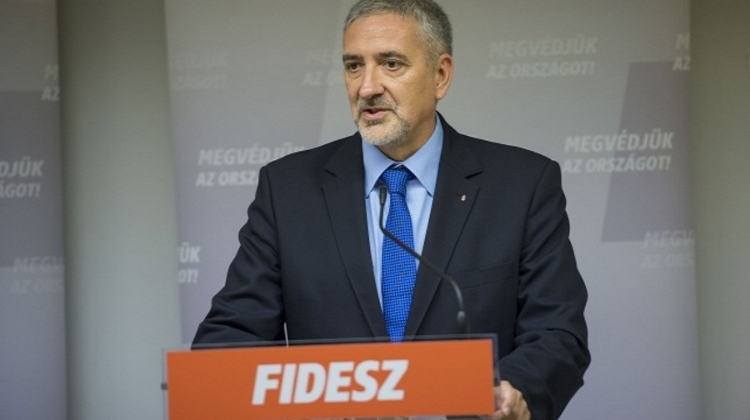 Hungarian Helsinki Committee NGO is a “pro-migration Soros organisation”, Fidesz spokesman János Halász said after a court said Halász did not bear personal responsibility for defaming the NGO but ordered the ruling party to pay a fine of 400,000 forints (EUR 1,300) and issue a public apology for claiming the organisation had operated in an unlawful and nontransparent manner.

The Hungarian Helsinki Committee said in a statement that the Metropolitan Court agreed with its complaint that Fidesz’s claims about the committee were false but Halász’s personal responsibility had not been established. The court said Halász was simply doing his job when he voiced the party’s position.

Responding to the ruling, Halász told public media that the Hungarian Helsinki Committee was financed by US billionaire George Soros and served his aims.

The NGO “is involved in the migrant business up to its jugular” and represents the interests of migrants in court procedures, such as in the case of two Bangladeshi migrants demanding millions in compensation from the Hungarian state, he added.

The committee regularly files complaints about Hungary in Brussels and at the United Nations, it cooperates in the preparation of reports written in Brussels condemning Hungary, and refuses to accept the outcome of the April 8 general election, Halász said.

It is because of such “pro-migrant organisations threatening national security” that the new parliament to be formed in May should include the “Stop Soros” package of laws on its agenda as soon as possible, he added.

The NGO sued after Halász told a press conference last April that the Hungarian Helsinki Committee and other NGOs had colluded to withhold information in the public interest requested by the daily Magyar Hírlap.

At the time, he said: “These Soros organisations are secretive about their assets and the people they finance” and he claimed the Hungarian Helsinki Committee had broken the law.