Main Issue At Stake In Election Is Immigration 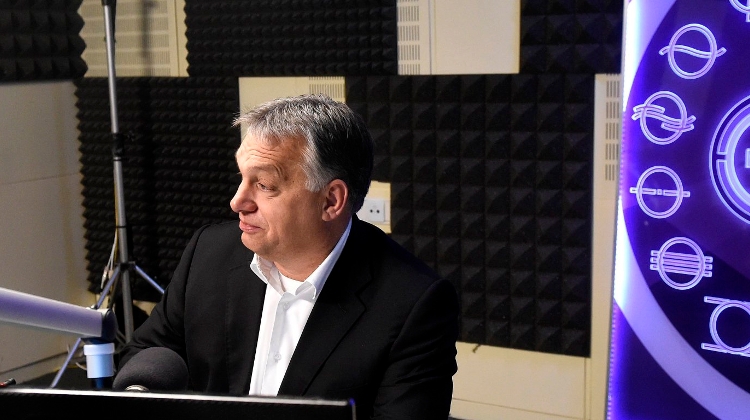 On the Kossuth Radio programme “Sunday News”, Prime Minister Viktor Orbán said that the main issue at stake in Hungary’s parliamentary election on 8 April is whether Hungary will become an immigrant state, or if it will manage to preserve its security, European culture and way of life.

According to the Prime Minister, the increased threat of terrorism and the deterioration of public security are linked to migration.

He said that it is unacceptable for one of the cornerstones of European culture – women’s equality – to be endangered by immigration. Meanwhile, he stated, Hungary’s standpoint is that the continent is full, the borders must be defended, and migrants must be kept outside Europe.

If illegal migration is halted, he added, there will be no one to distribute – and as a result the EU could put disputes about migrant quotas behind it.

Mr. Orbán said that Brussels wants to spend a considerable percentage of European funds on migrants, and the EU’s new proposal envisages the immediate allocation of ten thousand migrants to Hungary.

Within this plan the prescribed provision of HUF 9 million per migrant would ruin Hungary’s hard-earned economic results. This means, he said, that the relocation of tens of thousands of migrants to each Member State must be prevented – not only for cultural reasons, but also because this burden would far exceed what countries can bear.

The Prime Minister described the recent changes in Italy as an important development, because the vast majority of people have rejected immigration in what – after Brexit – will be one of the EU’s three large Member States; he said that the effect of this can also be felt in the EU’s headquarters in Brussels.

Therefore, he stated, Europe’s most important issue is immigration, despite news reports on migration and terrorism being censored – even on the internet. He added that Hungary’s opposition parties – which he said are following instructions from George Soros – continue to insist that one must not talk about this problem.

The Prime Minister said that in the election he continues to expect a single opposition candidate to stand against the Government’s candidate in each constituency. He described the opposition parties’ tactics as a charade, as the true goals of the forces standing behind the opposition run counter to the will of the people. This is why they do not stand in the open, but instead conceal themselves and are embedded in the decision-making centres – including Brussels.

Mr. Orbán stressed that the best means of fighting the “Soros network” is exposing it to the public: it is necessary to reveal what these organisations actually want to achieve. After the election, he said, they must be forced to make their operations transparent, and activities aimed at supporting migration must be banned.

Instead of seeking to change the fate of Hungary, he added, George Soros should go to America. According to the Prime Minister, it will not be possible to remove migrants from Hungary once they have already arrived. Therefore one cannot afford to give the wrong response to the question of migration.

He observed that this will not happen as long as Hungarian voters place their faith and trust in the current government.

In the interview Mr. Orbán also observed that full employment is now well within reach, that a new work-based economic system has been built and that – thanks to the united efforts of ten million people – after 2010 Hungary managed to free itself from the trap of bankruptcy.

The Prime Minister said that the Government does not wish to focus on the results achieved, however, but on questions for the future.