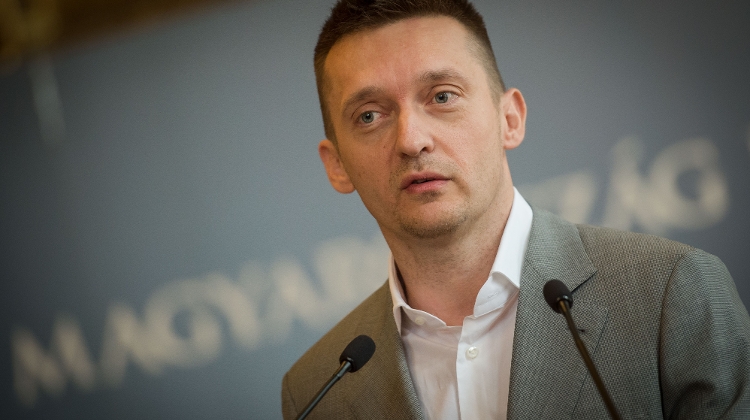 The demonstration in Budapest on Saturday was not any grassroots initiative but was organised by the “Soros network” with the money of (US billionaire) George Soros, cabinet chief Antal Rogán said on public radio on Sunday.

Soros is the one who can’t accept last week’s election results, Rogán said on Kossuth Radio. He said the opposition parties also had, in reality, nothing to do with the events on Saturday, suggesting they, too, are puppets.

If somebody can’t accept the results of the election, they have a right to express their opinion and disagree, Rogan said. However, such a big and convincing majority has never taken a decision till now, he added, referring to a sweeping victory by the Fidesz-Christian Democrat alliance in the general election a week earlier.

“I know that the opposition parties find this hard to accept,” Rogán said. “Those shouting about fraud haven’t uncovered any errors that they could protest or bring to the election committees. This is nothing more than a political flea circus,” he added.

There were no more election appeals made now than there were four or eight years ago, Rogan said.

Hungary’s government has been given a strong mandate to counter the efforts of the European Union, the United Nations and George Soros, he said.

Hungarian people clearly want Hungary to stay Hungarian, while George Soros wanted to rig the election by supporting the opposition parties and “organisations that call themselves civil organisations”, Rogán said. He noted that Soros’s organisations have almost 16 billion dollars at their disposal.