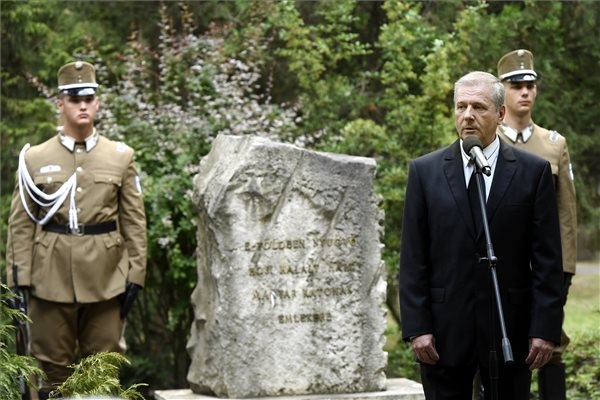 All Hungarian heroes who sacrificed their lives for the nation and for the freedom of the country deserve to be remembered, Defence Minister Tibor Benkő said in Pákozd, central Hungary, marking the memorial day of Hungarian heroes.

New generations must understand and feel what the love of the home country meant to their predecessors, Benkő said in the military memorial park of Pákozd built on a site where the Hungarian army won a historic battle during the 1848/49 revolution.

The memorial day of Hungarian heroes has been marked every year since it was entered in law in 2001.