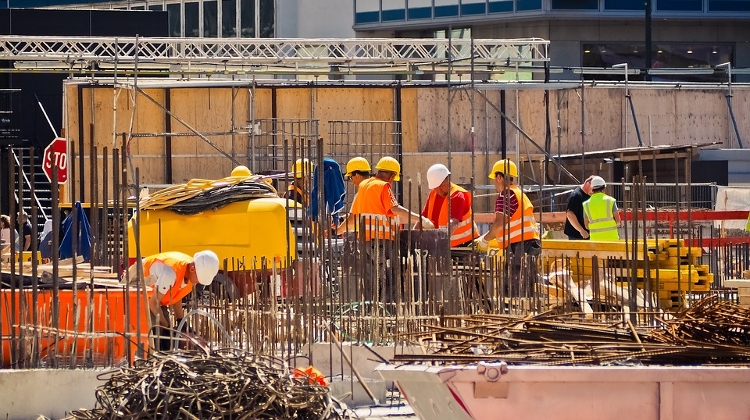 Output of Hungary’s construction sector edged up by an annual 1.4% in March, slowing after more than a year of double-digit growth, data released by the Central Statistical Office (KSH) show.

Output of the building segment rose by 0.2% and civil engineering output climbed 4.1%. The slowdown could be explained by the number of workdays during the period.

There were 20 workdays in March, including one “workday Saturday” to make up for a four-day holiday weekend, compared to 22 in the base period. In a month-on-month comparison, output of the sector was down a seasonally- and workday-adjusted 10.3%.

For the period January-March, construction sector output was up by an annual 19%. In absolute terms, output of the sector came to 481.7 billion forints (EUR 1.5bn). Order stock of construction companies was up 78.8% at the end of March from twelve months earlier.

Takarékbank analyst András Horváth said the market was suffering the effects of tight capacity, noting that developers had planned to inaugurate six office buildings in the capital in the first quarter but managed to complete just two.

Order stock and the return of good weather augur improved output for April, he added, projecting growth of around 20% for the full year.