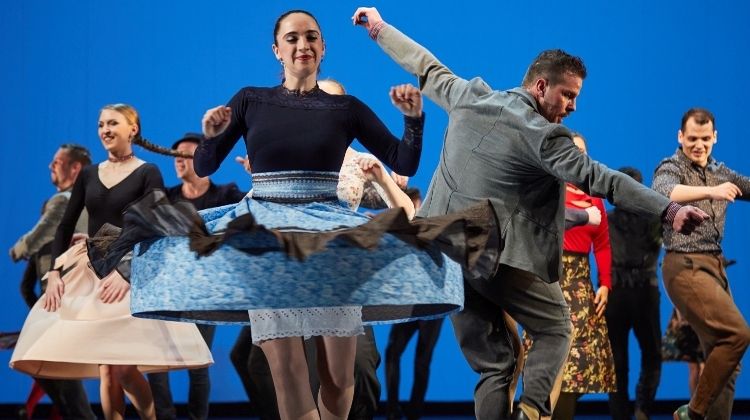 Budapest hosts one of the most colourful cultural series of events of the Hungarian summer every June.

The Danube Carnival awaits you with a wide range of phenomenal and vivid folk and world music, traditional and contemporary dance shows and concerts in several venues around the capital city.

The “Prime Class” festival promises to provide the audience with long-lasting experience in different styles. For two decades, the prestigious Carnival has been delivering the best performers of many genres aiming to preserve the values and cultural heritage that are significant elements in community building.

The prestigious event series features hundreds of Hungarian and foreign artists among who close to 300 performer will hit the open-air stage in Margitsziget in the Gala concert.

The picturesque folklore heritage of the V4 countries will impress the audiences of the Visegrad Dance Carnival at Heroes’ Square. Spectacular scenes performed by the best Hungarian dance troupes will make the experience unforgettable.

It is Heroes’ Square, too, where Emir Kusturica and The No Smoking Orchestra will await you with a virtuoso and breathtaking concert.

We invite You to join the hundreds of Hungarian and foreign dancers and musicians engaged in tradition and innovation, style and smile."

Organised by the Folk Art Association

In the heart of Budapest hundreds of participants will celebrate the Carnival. Hungarian, ethnic, and foreign participants, dance and music groups, brass bands join the parade marching from Saint Stephen’s Square through Zrínyi Street, Széchenyi Square, and from March 15th Square trough Váci Street, Vörösmarty Square, and the Chain Bridge to the Lánchíd Street, Castle Garden.

With Hungarian, ethnic and international dance and music groups

Concerts in the Foundry Courtyard

István Pál „Szalonna” and his Band, György Ferenczi and the 1st Rackas from Pest

This "Transylvanian Anthology" of the Hungarian State Folk Ensemble aims to point out the relevance and significance of our traditional culture in present-day life. This dramatic dance show interprets folklore in a contemporary manner and mixes it boldly with modern dramatic forms.

The authors wish this lyrical performance to be a brief but rich summary of the immense Transylvanian folk dance and folk music treasury. "Bittersweet" is a drama of contrasts: it counterpoints the tragic and the comic, the joy and the sorrow, life and death, facing the audience with the questions of how to maintain our hereditary values further, in an increasingly globalizing society.

The show seeks an answer to the eternal dilemmas of leaving our homeland and our past behind without entirely losing it; it seeks a means of preserving our native cultural community that would in turn preserve us in the Babel-like multiplicity of 21st century life.

International Dance and Music spectacles in the Wine Museum with the guest ensembles of the Carnival.

Enjoy dancing together with the international groups in a carnival atmosphere

Being the noble rivalry of the participating foreign guest ensembles, the primary objective of the competition to enhance the intercultural dialogue and to inspire new productions by presenting the most significant national and regional cultural achievements and trends at the highest artistic level. The competition emphasises the mutual presence of tradition and modernity, creativity and innovation.

Our aim is to make the choreographic views adapting traditional and authentic folk material successfully in the third Millennium and strengthen its acknowledged position on the dance art stages.

The keynote of the evaluation is the equality between the authentic or historic dances, the dance theatre pieces or folk-contemporary adaptations. High priority is given to the productions which suit best the requirements of its own category.  The time limit of the productions is ten minutes.

In memory of the rector of the Hungarian Dance Academy, the jury member, main patron of the competition

Emir Kusturica’s name, his cult movies  – including the Black Cat, White Cat, and the Time of the Gypsies – ring a bell all over the world recalling the determinate melodies of his soundtracks.

The incredible concert features the songs of the new CD, the Corps Diplomatique as well.

In honour of Emir Kusturica the joint orchestra is offering an exceptional musical experience. They merge the authentic Hungarian and Southern Slavic folk music in an innovative adaptation.

At the unparalleled concert, as many as almost twenty musicians will evoke some of the treasures of this folk music.

Besides the music, we can enjoy Antal Kricskovics’ stunning choreography presented by the Tököl Dance Ensemble.

Visegrad Dance Carnival is an original full-night dance theater show involving performers from the V4 countries.  Czech, Polish, Slovakian and Hungarian artists cooperate to present their folklore heritage in honor of the current Hungarian Presidency of the Visegrad Group.

The show is a great feast of music and dance in a creative adaptation of the authentic traditions. The cultural diversities and regional colours of the four nations are harmonised in an original artistic composition never-seen-before on folk stages.

The exceptional atmosphere of the joint performance in the mass scenes is decorated by virtuosi solos, wondrous national costumes and finely chiselled musical accompaniment. Dynamic, rhythmic and stylistic variations add to the spirit of the heartwarming spectacle.

Spectacular carnival of nations with more than two hundred foreign dancers and musicians engaged in tradition and innovation, style and smile.

The show is an overwhelming feast of Hungarian, Romanian and Gypsy folk traditions from Kalotaszeg, Transylvania, featuring Hungarian dance and music art troupes.

The piece seeks to pass on the living and renewable heritage in a creative adaptation.

Programs and performers are subject to change