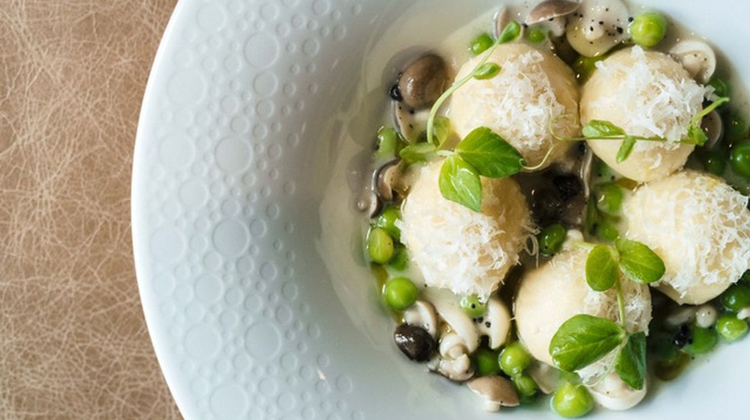 Hungary’s most prestigious gastro festival will be held at Millenáris again in 2018, this year with a focus on champagne and caviar, as well as lovely dumplings, we're told.

Organisers say the 'finest Hungarian gastronomic festival' will cross borders and host some of the best restaurants and chefs in the world in 2018. Kamilla Seidler, Latin America's best female chef, is just one example.

Back again ths May, this feast fest will be featuring the very best of everything, apparently, from the country’s most delicious strudel to the world’s #10 best rated restaurant.

Various exhibitors and a colourful choice of programmes will entertain visitors, and besides the best of Hungarian gastronomy and gastro-celebrities some prominent figures from the world of international cuisine will also be present.

The list starts with Kamilla Seidler, who is said to be the best female chef in Latin America. It is a rare and unique experience to get to know the top gastronomy of another continent, especially coming from an exotic part of the world, such as South America.

On this special occasion Kamilla Seidler will not only discuss gastronomy, but also cook for the audience.

Regarded as the #10 best restaurant, the 2 Michelin star Steirereck’s award-winning Executive Chef, Heinz Reitbauser will be on stage as well for an hour and a half, preparing five mushroom based dishes. You will have a chance to taste one of them.

Among others Maksut Askar, Neolokal’s award-winning Executive Chef, from Istanbul will attend the festival as well. He has received international attention and his restaurant was featured in ‘The Diner’s Club World’s 50 Best Restaurant’ list. He will be preparing a traditional Anatolian dish that audience members can try.

Organisers also say you can not only meet the best chefs on the stage but during exclusive dinners too. For the menus of Kamilla Seidler, Maksut Askar and the exclusive caviar workshop and tasting tickets should be bought in advance, but there will be a Polish Bib Gourmand Dinner as well as an exclusive lunch presented by the best rural restaurants.

Beyond the stage programs and exclusive dinners, to the courtesy of Electrolux, there will be workshops, where the bests in the profession and prominent chefs will teach the participants for a wide range of topics.

Payment System
You can pay either with your MasterCard® PayPass™ and Maestro® PayPass™ card or by getting an official Festipay card, what you can charge at top up points set up at the Festival venue. The remaining money on your Festipay card is redeemable at any time of the festival’s opening hours.