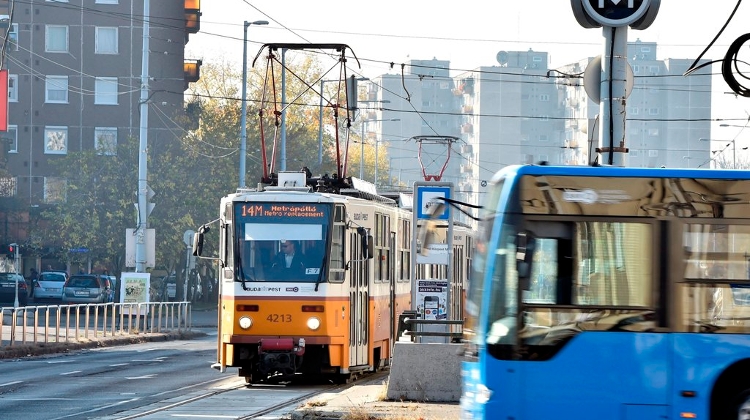 Greenpeace released its ranking of European cities in sustainable transport. In Budapest, public transport is good, but the air quality is worse than the EU average.

The report, "Living. Moving. Breathing." is aimed at enabling European city stakeholders and the public to understand their current urban mobility situation through a point-based results framework.

To measure the sustainable transport and mobility in these cities, the report analysed them through 21 indicators, categorized to represent the performance of public transport and active mobility (i.e. walking and cycling), the state of road safety, air quality, and the progress in mobility management. The data on which this analysis is based was obtained from official sources.

The study found that Budapest has a firm public transport infrastructure in trams and metro, the result of which is that the current system in Budapest carries about 1.8 billion people annually.

This means a resident of Budapest makes 1,037 trips annually, which is the second highest annual trip per capita in the scoring. Public transport costs 29% of the share of a meal in Budapest.

Budapest is tied in eighth place for air quality with Berlin, London and Rome. The annual mean of NO2  emissions (44.801 μg/m3) in Budapest exceeds the EU limit. This could be due to the high number of diesel motor vehicles, or older petrol vehicles with lower Euro standards.

An hour of parking in Budapest costs the same as a single journey public transport ticket. This situation encourages people who own a car to drive rather than use the public transport, which presumably takes more time to reach the destination.

The travel time lost due to congestion in Budapest is the least of the cities measured at only 22%; this could mean that the number of motor vehicles in Budapest is still low and can be tackled with proper demand management measures.

With no fiscal instrument to control the use of personal automobiles and the lack of a smartphone app where users can both buy a ticket and plan a journey, driving an automobile is more attractive.

As the current levels of motorization in Budapest are still manageable, a regulatory instrument to control the entry of motor vehicles to the city center and a fiscal instrument to penalize polluting motor vehicles could be put in place. Such an instrument can both discourage private motorized trips and also generate revenue that can be used to develop public transport and active mobility, Greenpeace says.