Construction Sector Output Up 14% In April 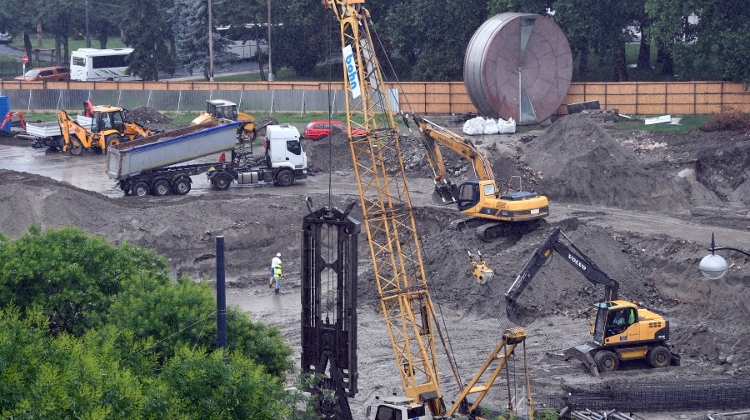 Output of Hungary’s construction sector climbed by an annual 14.2% in April, data released by the Central Statistical Office (KSH) on Friday show. Output of the building segment rose 7.0% and civil engineering output climbed 24.9%. For the period January-April, construction sector output was up 17.5% year-on-year.

Analyst András Horváth of Takarékbank said there are now more than 1.5 million sqms worth of properties in the construction phase, with the value of investments exceeding 680 billion forints, citing the latest figures from the Real Estate Roundtable, which covers a significant part of construction sector participants.

This is an absolute record, which could make Hungary the region’s largest real estate development market, he added. Horváth said the shortage of qualified workforce remains a major problem in the sector even though the number of people employed in the sector stands at an all-time high, but a big part of this increase is made up by unskilled workers.

About 25,000 new homes are expected to be completed in Hungary this year, far less than the 40,000 a year considered as ideal compared to the number of homes in the country so there is still plenty of room for expansion, he added.

He called for an extension of the preferential 5% VAT rate on construction, due to expire at the end of 2019, noting that the number of building permits issued is stagnating as construction contractors are not launching new projects due to the uncertainty, and this could lead to a significant drop in the sector’s performance in 2020.