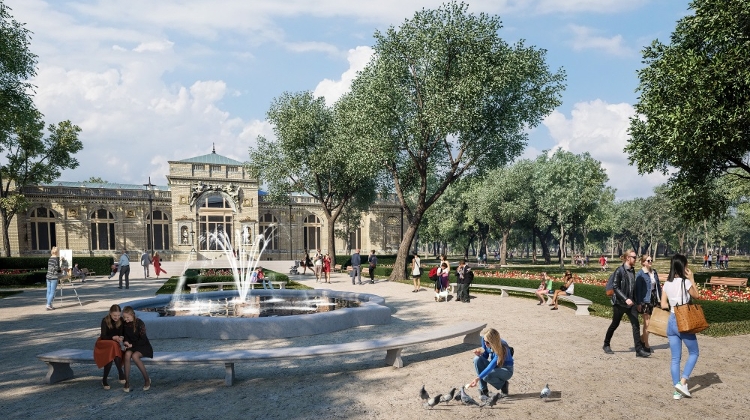 The Olof Palme House in the heart of the City Park in Budapest has been in a state of disrepair for decades. Now, as part of the Liget project, which has not been without its share of controversies, it is to be reconstructed and brought back to its original glory, as vg.hu reports.

Benedek Gyorgyevics, director of Városliget Zrt, said that the Olof Palme House building would be reopened in its original form at the beginning of next year under the new name Millenium Háza (Millenium House), revigorating the oldest building of City Park which has been long abandoned and without a function.

During the renovations realised within the Liget Budapest Projekt, later additions to the building have been removed; as of now, they are restoring the original structure and the unique Zsolnay porcelain decorations that adorn its façade.

The latter lends the building an eclectic air of different art historical periods blending in a historicizing style.

Gyorgyevics said that after the renovations, the 130-year-old building would host a special, interactive permanent exhibition about the most successful and thriving period of modern Hungarian history: the golden age of the turn of the twentieth century.

Central to the exhibition will be an enormous scale model of turn-of-the-century Budapest on more than 100 square meters, Accompanied by projected images that evoke the atmosphere of this bygone era.

The restorations, which cost almost 3 billion Ft,  follows the original architectural plans. In line with this, the main entrance is restored to its original place on Hermina street, in front of which a rose garden is to be planted.

The 1250 square meter building will be reborn as a cultural/community space, with interactive exhibition space and a podium stage, as well as an auditorium, a conference hall and a space for museum education. According to Gyorgyevics, Millenium House will be the new gem of City Park.