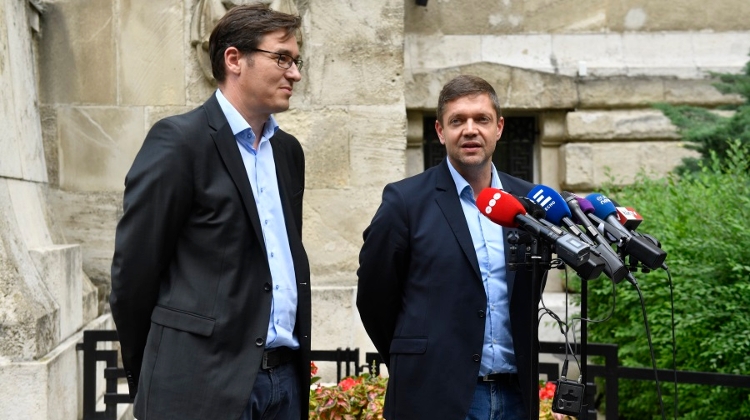 The opposition Párbeszéd party will initiate levying a 90% special tax on revenues generated by “off-shore” companies on the sales of the government’s residency bonds, the party’s spokesman said.

The five agents licensed to sell residency bonds under the government’s scheme have “robbed the state” of 17.5 billion forints (EUR 53.8m) they had generated in unpaid taxes on their off-shore businesses, Richárd Barabás said, adding that those involved in these businesses should be identified and brought to justice.

Under the scheme running from the summer of 2013 until March 2017, foreign nationals who bought securities from a licensed agent backed by the residency bonds could apply in an accelerated procedure for permanent residency in Hungary.

The threshold for the residency bond purchase was set at 250,000 euros early in the scheme and raised to 300,000 euros later on. An economy ministry official said in October last year that the state had raised 517 billion forints through the scheme.

Barabás welcomed the termination of the scheme, but insisted that by operating the scheme it was in fact the Fidesz-led government that “had organised the settlement of foreigners” in Hungary, for which reason the recently announced new levy for supporting immigration should be imposed on them.