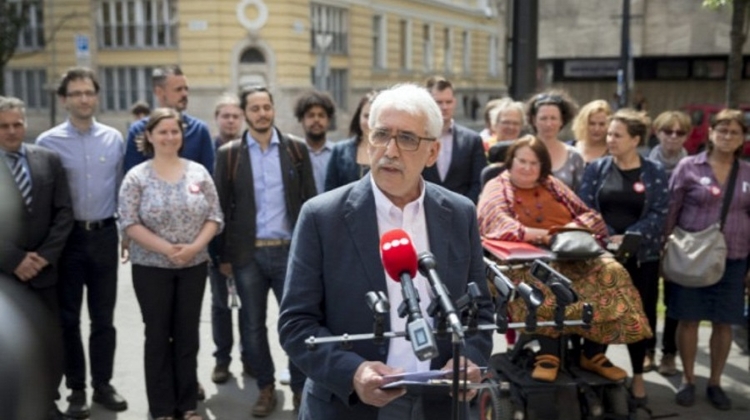 Péter Győri (pictured on top), an independent candidate running for mayor of Budapest’s 8th district, has vowed not to sign any home eviction orders linked to indebted households if he wins the election.

If Sára wins on Sunday, there will be “mass evictions” following the vote, Győri told reporters, adding that he knew of several families who had already packed their belongings.

Győri said he knew of plans to sell 4,700 local council flats which are currently rented out to households some of which are poor.

Gábor Erőss, member of Párbeszéd’s presidium and a district deputy, said that during Sára’s incumbency the local council had paid millions of forints to lawyers linked to Fidesz to arrange evictions.

“These lawyers are earning fortunes on the back of people in need,” he said, adding that the billions of forints Lőrinc Mészáros, a businessman linked to the Hungarian prime minister, had spent on building two equestrian halls could be put to better use by providing social housing for the needy.

A by-election will be held to replace Fidesz’s Máté Kocsis, who is giving up his mayoralty after his election to the national assembly in the April 8 general election.