New Boss Rossi: 'I Want To Bring Back Football Euphoria' 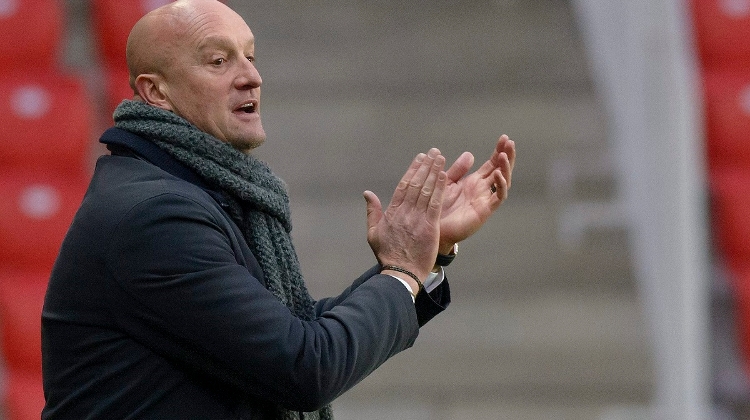 New Hungary Men's head coach Marco Rossi gives mlsz.hu an exclusive interview in which he discusses Hungary, his special connection with the Hungarian people and how for him, being appointed national team coach is a great responsibility.

"It is a huge honour for me that the MLSZ leadership made an approach regarding the head coach's position", Rossi told mlsz.hu.

"At the same time, I've started to feel the pressure on me too, because I know how much the Hungarian people love football and how much they would like the national team to be successful.

I am thankful to MLSZ President Dr Sándor Csányi for his trust in me but I'm also very grateful to Honvéd too, because they were the team that first invited me to work in Hungary. If Honvéd had not believed in me and not named me Budapest Honvéd head coach, and had we not achieved success with the team, it is easy to imagine that I would not have become Hungary national team head coach either.

Naturally, I remain thanful to the DAC leadership who have been very supportive of the current situation and whom - similar to the club's supporters - I do not want to leave in the lurch, this being the reason why, with due thanks to MLSZ for their flexibility, I will continue to carry out my head coach duties there for the next few weeks while they search for my successor".

Hungary's new coach then went on to explain why that taking this position is a dream come true.

"As an Italian, it is with huge pride that I will sit on the bench and fulfil the same role as Gusztáv Sebes did when he led the 'Golden Team' and this must be all too true for the players too (following in the footsteps of their predecessors).

Naturally, players who are in the best form possible at that given moment will receive national-team call-ups. I'll only count on those players for the national team who are motivated by the chance to pull on the national-team jersey because this is a huge honour for every footballer".

Rossi added that since childhood, he'd had a special connection with the Hungarian people and therefore it was fitting that he had achieved his greatest success in Hungary (the title win with Honvéd).

Last autumn, I was unbelievably happy when my name was mentioned in connection with the national team post and was honoured to hear my name there at all, so what I feel now, I can't really put into words".

The new head coach then talked about the aim for the Hungarian national team in the forthcoming period:

"It would be irresponsible of me to promise such things as how many matches we will win or exactly what is going to happen in the period ahead of us. However, I can promise with a clear conscience that, as always, we're going to do everything we can for the team's success.

I'm counting on the players for this and that the appetite I know they have within them; that they will show everyone that they are capable of much better results than they have achieved recently. I would like the atmosphere around the national team to be the same as it was during and after the 2016 European Championships".