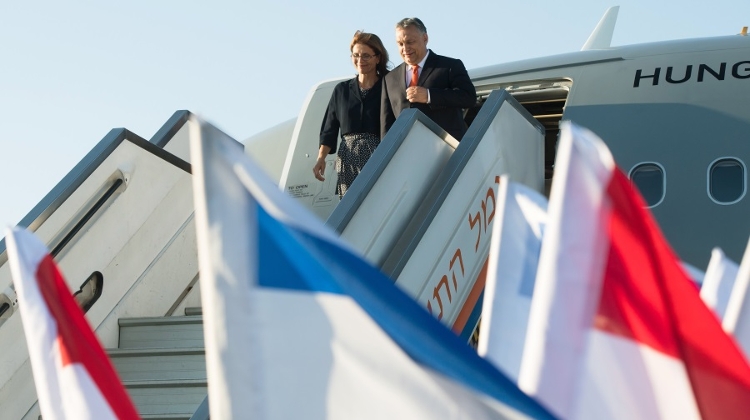 Prime Minister Viktor Orbán has completed “a record-breaking diplomatic schedule” in the past month and met some of the most important world leaders, the state secretary for communications said.

Orbán’s recent meeting partners included the German chancellor, the prime ministers of China and Israel, the presidents of Russia and Turkey and he had a telephone conversation with US President Donald Trump, with whom he also exchanged a few words personally during a NATO summit, Tamás Menczer told a press conference.

“All of which means that world leaders pay attention to the Hungarian prime minister and consider him a central European premier whose opinion is important and worth listening to,” he said.

Political opponents have criticised the government for isolating Hungary in terms of diplomacy, yet these meetings showed that the opposite is true, he added.

Menczer said people were paying attention because the Orbán government had broken with the opposition’s diplomatic stance of “we dare to be small”. “We are respectful but we also have reciprocal expectations,” he said.

The government, he continued, had always acted to defend Hungarian interests. “It doesn’t seek out conflicts, neither does it shrink from them.”

Furthermore, Orbán’s government has responded well to international challenges, he said, insisting that Orbán had been the first European leader to recognise the dangers of illegal immigration and to act swiftly to protect the country.

Orbán “has been working for the Hungarian people for 30 years,” Menczer said, noting the PM had not departed from political life even after election defeats. “This continuity and consistency is clearly appreciated internationally.”

The direction of Hungarian foreign policy will not change in the future, he said, adding that everything would be done to protect Hungarian security and economic interests.

Commenting on Europe, the state secretary said: “We are interested in a European Union based on strong nation states while we also maintain pragmatic ties with our eastern and southern partners based on respect.”

Asked about the possibility that Brussels may plough less money into cohesion funds, Menczer said Hungary had pursued an “exemplary economic policy” in recent years and that it was strange that money would be taken away from a country that complies with EU standards while other countries that fail to comply are rewarded.

“The government will not accept political blackmail,” the state secretary said. “It would be appalling were Brussels decision-makers to punish the Hungarian people for the government’s policy on migration.”